“Mendelian disorders are the genetic disorders caused at a single genetic locus.” 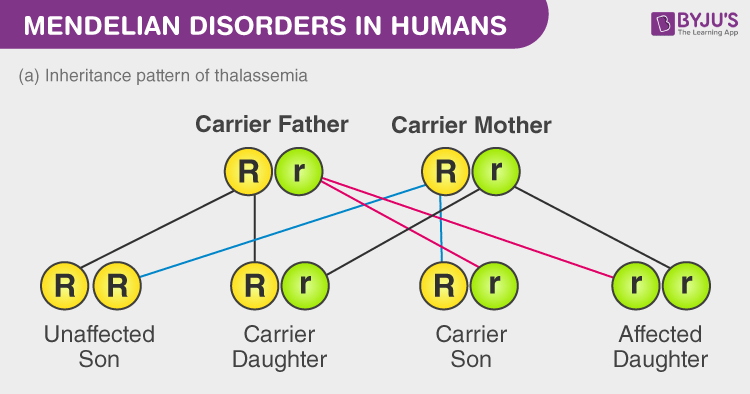 What are Mendelian Disorders?

In humans, Mendelian disorder is a type of genetic disorder primarily resulting due to alterations in one gene or as a result of abnormalities in the genome. Such a condition can be seen since birth and be deduced on the basis of family history using the family tree. The analysis hence carried out is known as pedigree analysis.

According to Mendel’s’ laws of inheritance, the different types of Mendelian disorders include:

The various types of Mendelian disorders can be identified easily from the pedigree analysis.

Few examples of the Mendelian disorder in humans are

Stay tuned with BYJU’S to learn more about Mendelian Disorders in Humans.