“Transportation is the process that involves the movement of water and necessary nutrients to all parts of the plant for its survival. “ 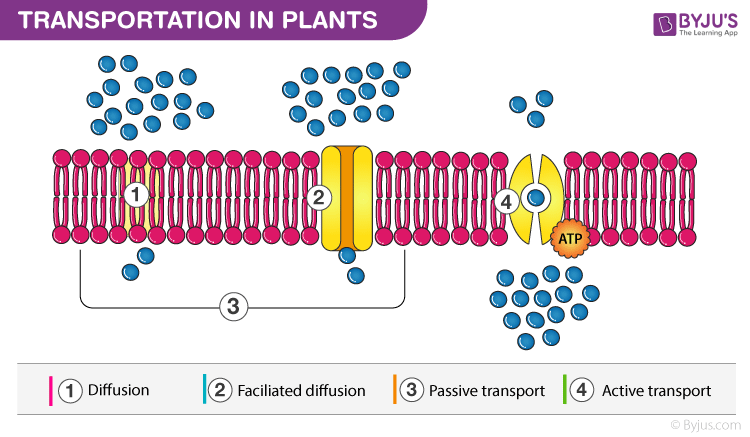 Transportation is a vital process in plants. Trees transport all the nutrients and water it needs for survival from its roots to the tips of the leaves.

In the case of transportation in plants, the biggest constraint is water as it ends up being a limiting factor in growth.  To overcome this problem, trees and other plants have the perfect system for the absorption and translocation of water.

Plants contain a vast network of conduits which consist of xylem and phloem. This is more like the circulatory system that transports blood throughout the human body. Similar to the circulatory system in humans, the xylem and phloem tissues extend throughout the plant. These conducting tissues originate from the roots and move up through the trunks of trees. Later they branch off into the branches and then branching even further into every leaf, like spider webs.

Transportation occurs in three levels in the case of plants:

Let us have a detailed look at the process of absorption and transportation in plants.

The water is absorbed in two ways by the plants:

In the case of active absorption, water moves through symplast and it is absorbed according to the Diffusion Pressure Deficit changes. The rate of absorption is slow. It comprises of osmotic and non-osmotic forces.

The water and minerals are transported in plants by two types of conducting tissues:

Xylem is a long, non-living tube running from the roots to the leaves through the stem. The water is absorbed by the root hair and undergoes cell to cell movement by osmosis until it reaches the xylem. This water is then transported through the xylem vessels to the leaves and is evaporated by the process of transpiration.

The xylem is also composed of elongated cells like the phloem. However, xylem is especially accountable for transporting water to all parts of the plants from the roots. Since they serve such an important function, a single tree would have a lot of xylem tissues.

The phloem is responsible for translocation of nutrients and sugar like carbohydrates, produced by the leaves to areas of the plant that are metabolically active.  It is made up of living cells. The cells walls of these cells form small holes at the ends of the cells known as sieve plates.

Means of Transportation in Plants

There are three means of transportation in plants. They are stated below:

It is a transportation process that involves the passive movement of a substance from cell to cell or from one part of the plant to the cell. They do not involve in the movement of molecules takes place in a random fashion and in the expenditure of energy.  It is a slow process.

The gradient is a vital component of the process of diffusion. Hence, a smaller substance has to be diffused faster when compared to large ones. Facilitated Diffusion is a passive process that comprises antiport, uniport, and symport. 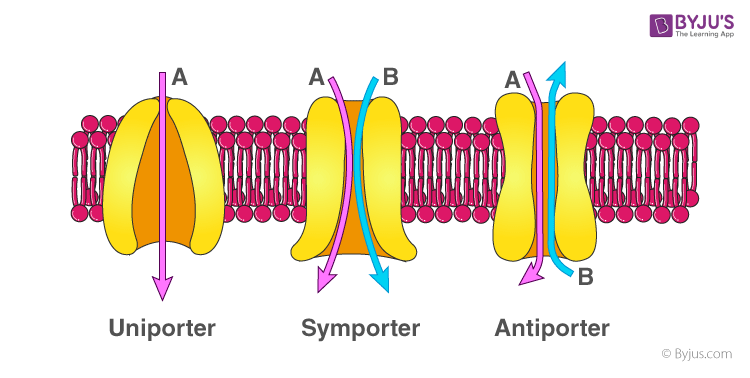 Antiport Proteins exchange the solutes by transporting them in and out of the cell. The main function of uniport protein is to carry single solute across the membrane. Symport proteins transfer two different solutes simultaneously in the same direction.

Active transport pumps molecules against the concentration gradient. Here the energy of ATP is used to drive the pump. The ATP donates a phosphate to a particular gateway molecule which then pumps the desired molecule across the membrane.

The driving forces responsible for the transportation of water and minerals in plants include:

Transpiration is the driving force behind uptake and transport of water. It is the process of water evaporation through openings called stomata. This creates a pull by replacing the water that has evaporated. This pull in the xylem tissues extends all the way down due to the cohesive forces. This negative water pressure that occurs in the roots will eventually result in an increase of water uptake from the soil.

As more molecules evaporate from the water film, there is an increase in the curvature of the meniscus which in turn increases the surface tension. Water from the surrounding cells is pulled towards this area to reduce the tension.

The force of Hydrogen Bonding between Water Molecules 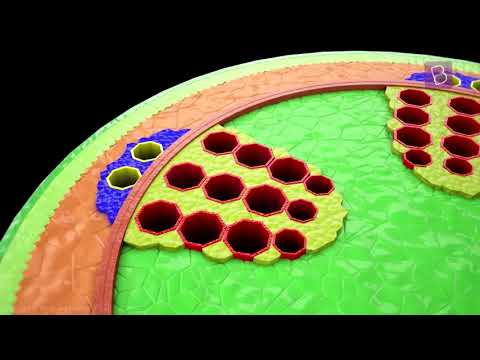 What do you understand by transportation in plants?

Transportation in plants refers to the movement of water and minerals from the roots to different parts of the plants. It also includes the movement of the food prepared by the leaves to the entire plants.

How is the food transported in the plants?

Food is transported through the phloem in the plants. In the transportation process, the energy from ATP is utilized to create osmotic pressure that helps in transporting food from higher concentration to lower concentration.

How is water transported in plants?

Water is transported in the plants with the help of conductive tissues and individual cells of the vascular system. Water moves along the water potential gradient and enters the root hairs and xylem through either apoplast or symplast pathways. This is how the water is carried from the roots to the stem and other parts of the plant.

What are the different means of transportation in plants?

The different means of transportation in plants are:

How are the gases transported in the plants?

Plants obtain gases through the leaves. The opening and closing of guard cells is responsible for the exchange of gases. Plants require carbon dioxide for photosynthesis. The gases diffuse into the intercellular spaces of the leaves through the stomatal pores.