Carbohydrates are a major source of food and an important form of energy for most living organisms. A carbohydrate is a biomolecule consisting of carbon, hydrogen, and oxygen atoms. The two basic compounds that makeup carbohydrates are – Aldehydes and Ketones.

Carbohydrates are found in all-natural and processed foods. The three types of carbohydrate are:

Here, in this article, let us explore in further detail about the Polysaccharides, its types, properties and its functions.

Polysaccharides are major classes of biomolecules. They are long chains of carbohydrate molecules, composed of several smaller monosaccharides. These complex bio-macromolecules functions as an important source of energy in animal cell and form a structural component of a plant cell. It can be a homopolysaccharide or a heteropolysaccharide depending upon the type of the monosaccharides. 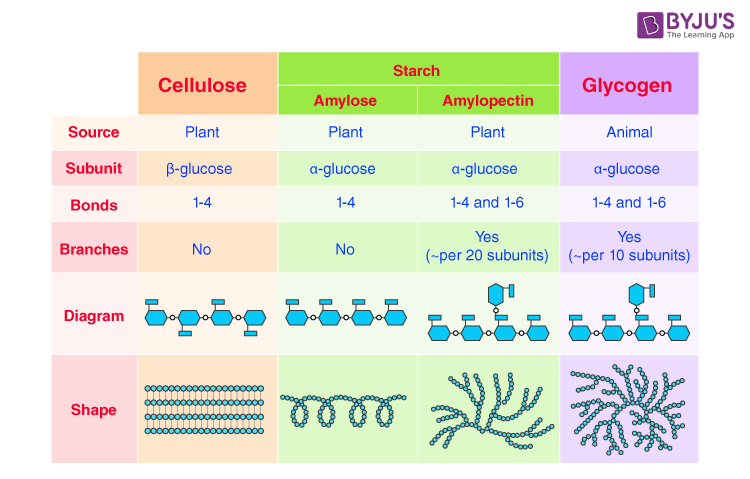 Polysaccharides have the following properties:

Polysaccharides are categorized into two types:

Stay tuned with BYJU’S to learn more about the carbohydrates, its types, structure, sources and other related topics.