Plants are an essential part of the ecosystem. Every life on the earth is directly or indirectly dependent on plants. Among the different parts of a plant, the leaf is the most essential.

Primarily, leaves have two functions: photosynthesis and transpiration. In some plants, it takes up the responsibility of reproduction also.

Let’s learn more about the morphology of leaves, parts of a leaf, different types of leaves and their modifications.

Structure of a Leaf

Leaves are thin, flat organs responsible for photosynthesis in the plants. It develops laterally at the node. It is an important part of the shoot system and it originates from shoot apical meristems.

The structure of a leaf is described below in detail :

Parts of a Leaf

Generally, leaf base, petiole, and lamina, together form the main parts of a  leaf.

A leaf diagram representing the parts of a leaf 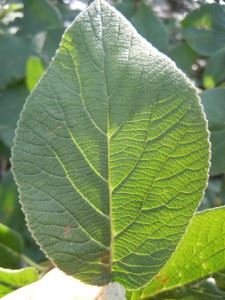 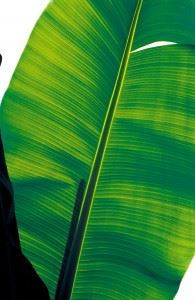 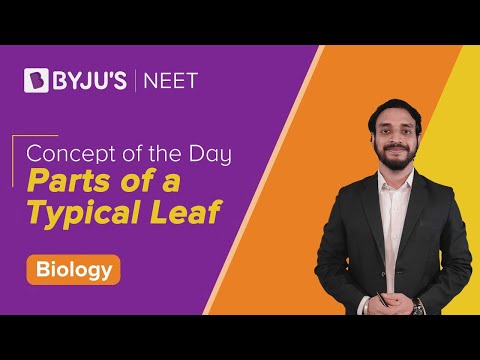 There are two broad categories of leaves – simple and compound, which are further classified into different groups based on their shape, size, their arrangements on the stem,  leaves of flowering and non-flowering plants, and various other physical attributes.

The two different types of leaves found in a plant are:

When a single lamina is connected to the main stem by a petiole, the leaf is said to be simple. A simple leaf may be incised to any depth but not down to the midrib or petiole. Eg., Guava leaves

A compound leaf is a leaf made up of two or more leaflets.  In a compound leaf, the midrib of the leaf is branched into different leaflets and is connected by a single petiole. For eg., Pea, palm leaves. 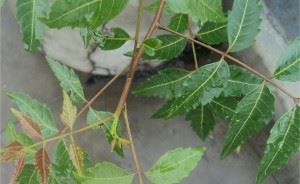 The compound leaves are further sub-divided into the following types of leaves:

In a palmately compound leaf, the leaflets are attached at the tip of the petiole. Eg., Silk cotton. These can be differentiated into:

In a pinnately compound leaf, the midrib of the leaf is divided into numerous leaflets and all connected by a common axis. Eg., Neem. These can be further differentiated into: 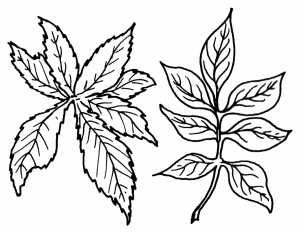 We know leaves are specialised to perform photosynthesis. In addition, they also have other significant roles to play, such as support, storage of food, defence, etc. For each of these functions, they have been modified into different forms.

For example, tendrils of peas, spines of cacti, onion bulb, leaves of insectivorous plants, etc. are different modified leaves. Let us have a detailed look at some of the modification of leaves:

The xerophytic plants and plants belonging to the Crassulaceae family have thick and succulent leaves that store water in their tissues. The parenchymatous cells of these leaves have large vacuoles filled with hydrophilic colloid. This modification helps the plant to resist desiccation.

A few plants have their leaves modified into needle-like structures known as spines. The spines act as defensive structures. They also reduce water loss due to transpiration. For eg., in Opuntia, the leaves are modified into spines.

These are thin, membranous structures, without stalks, brownish or colourless in appearance. They protect the auxiliary bud present in their axil. Scale leaves in onion are fleshy and thick and store food and water. Casuarina and Asparagus also contain sale leaves

In some plants, the terminal leaflets of leaf get modified into hook-like structures that help them in climbing. Eg., Bignonia unguiscati.

In a few plants, one of the leaves present at the nodes gets modified into adventitious roots which helps them to float over the water surface. Eg., Salvinia

In some plants, the petiole becomes flattened, taking the shape of a leaf and turns green in colour. This is known as phyllode. For eg., Australian Acacia.

Few plants require nitrogen for their development. In such plants, the leaves are modified to catch and digest insects. Few of the modifications are mentioned below:

The leaves perform the following functions:

Photosynthesis is the primary function of leaves. They convert carbon dioxide, water, and UV light into glucose through the process of photosynthesis.

Transpiration is the removal of excess water from the plants into the atmosphere. This occurs by the opening of stomata present in the leaves.

Removal of excess water from the xylem at the edges of the leaves when the stomata are closed is known as guttation.

Leaves are a site of photosynthesis. Therefore, they store water and nutrients. The succulent and thick leaves particularly adapt to water storage.

Some leaves are modified into spines to protect them from being damaged or eaten by animals. For eg., Opuntia.

For more information on Morphology of Leaves, different types of leaves, parts of a leaf, its modifications, structure and functions, keep visiting BYJU’S website or download BYJU’S app for further reference.

What do you mean by the morphology of leaves?

What are the different types of leaves?

What is the most important function of the leaves?

Photosynthesis is the major function performed by leaves. They convert carbon dioxide, water and sunlight into glucose and energy.

How are the veins of the leaves important?

The veins of the leaves are provided with vascular tissues called xylem and phloem. Xylem transports water from the roots to the leaves whereas phloem transports food through the leaf to rest of the plant.

Why are leaves a major part of the plant?

Leaves are the main source of photosynthesis, the process by which the plants feed themselves. They also help to transport water and food to different parts of the plant. Thus they play a major role in the survival of a plant. Besides, they also help in the exchange of gases by the opening and closing of stomata and removes excess water from the plant by the process of transpiration.

What are the different shapes of the leaves?

There are various types of leaves, each with its own shapes. These shapes range from oval, elliptical and linear, to truncate and lanceolate.

Wilting is the drying out, withering and drooping of leaves of a plant due to insufficient water supply, excessive transpiration or some vascular disease.

What is the different modification of leaves?