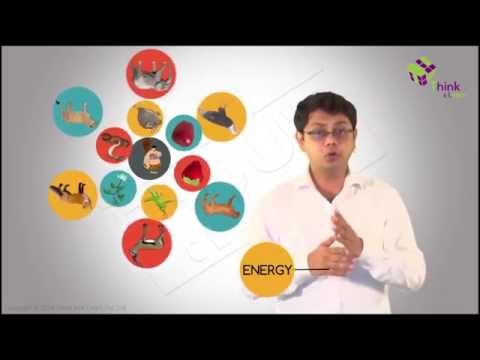 The chemical energy of food is the main source of energy required by all living organisms. This energy is transmitted to different trophic levels along the food chain. This energy flow is based on two different laws of thermodynamics:

The energy flow in the ecosystem is one of the major factors that support the survival of such a great number of organisms. For almost all organisms on earth, the primary source of energy is solar energy. It is amusing to find that we receive less than 50 per cent of the sun’s effective radiation on earth. When we say effective radiation, we mean the radiation, which can be used by plants to carry out photosynthesis.

Most of the sun’s radiation that falls on the earth is usually reflected back into space by the earth’s atmosphere. This effective radiation is termed as the Photosynthetically Active Radiation (PAR).

Overall, we receive about 40 to 50 percent of the energy having Photosynthetically Active Radiation and only around 2-10 percent of it is used by plants for the process of photosynthesis. Thus, this percent of PAR supports the entire world as plants are the producers in the ecosystem and all the other organisms are either directly or indirectly dependent on them for their survival.

The energy flow takes place via the food chain and food web. During the process of energy flow in the ecosystem, plants being the producers absorb sunlight with the help of the chloroplasts and a part of it is transformed into chemical energy in the process of photosynthesis.

Then followed by the secondary consumers. When these herbivores are ingested by carnivores of the first order (secondary consumers) further degradation will occur. Finally, when tertiary consumers consume the carnivores, energy will again be degraded. Thus, the energy flow is unidirectional in nature.

Moreover, in a food chain, the energy flow follows the 10 percent law. According to this law, only 10 percent of energy is transferred from one trophic level to the other; rest is lost into the atmosphere. This is clearly explained in the following figure and is represented as an energy pyramid.

The producers and consumers in the ecosystem can be arranged into different feeding groups and are known as trophic level or the feeding level. 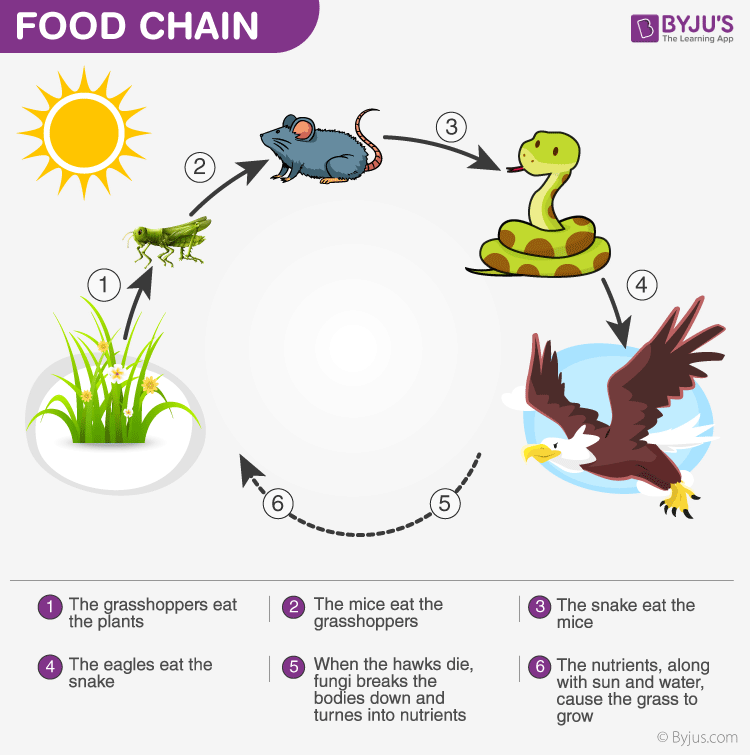 There are basically three different types of food chains in the ecosystem, namely –

In nature, we mostly observe food web as there are many organisms which are omnivores. As a result, they occupy multiple trophic levels.

This was a brief idea about the energy flow in the ecosystem. For more information on energy flow, keep visiting BYJU’S website or download BYJU’S app for further reference.

What do you understand by the energy flow?

Why is the energy flow in ecosystem important?

What is the 10 percent law of energy flow?