Plants are one of the most essential living organisms on earth. They are immensely beneficial to both animals and human beings. They produce oxygen which is crucial for the survival of living organisms. Trees provide shelter to animals and are also known for their medicinal benefits. Overall, different parts of plants have different roles to perform. They act as a source of food and oxygen and maintain the ecological balance.

Also Refer: Getting to Know Plants

For better understanding, we need to know in detail about the different parts of plants and their functions. Let’s have a glance at the structure of different plant parts and how they are beneficial to the environment. 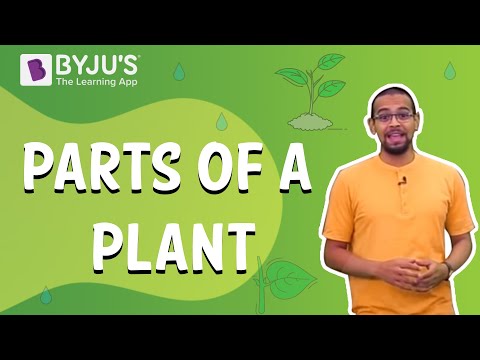 The main parts of a plant include: 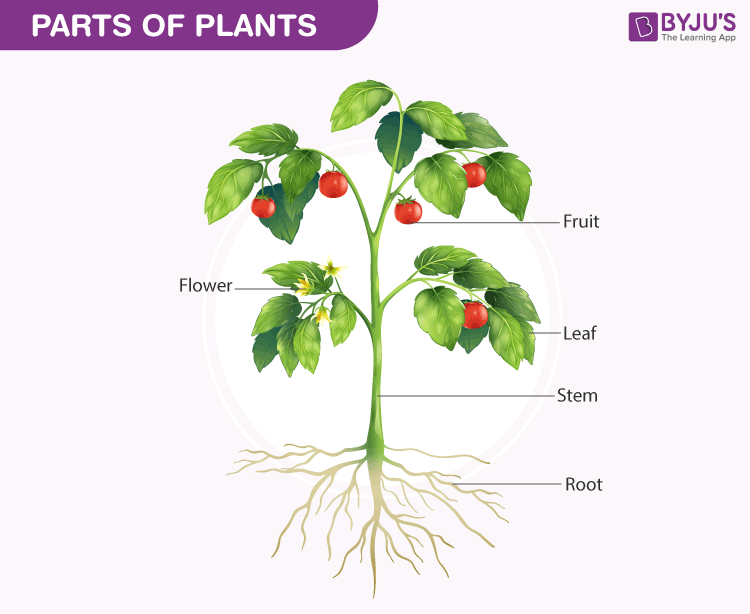 Roots are the most important and underground part of a plant, which are collectively called the root system. They are the major part that anchors the plant firmly in the soil. They absorb water and minerals from the soil, synthesise plant growth regulators, and store reserve food material. The apical part of the root is covered by the root cap that protects the root apex.

The direct elongation of radicle leads to the formation of primary roots that grow inside the soil in dicots. It bears lateral roots that are known as secondary and tertiary roots.

In monocots, the primary root is replaced by a large number of roots because it is short-lived. In some plants such as Banyan tree, the roots arise from the parts of the plant and not from the radical. Such roots are known as adventitious roots.

A few plants that grow in swampy areas have roots growing vertically upwards to get oxygen for respiration. Such roots are known as pneumatophores.

The stem is the part of the plant which is found above the ground. The bark of trees are brown in colour and younger stems are green in colour. It forms the basis of the shoot system and bears leaves, fruits and flowers. The region where the leaves arise is known as the node and the region between the nodes is known as the internode.

Stems arise from the plumule, vertically upwards to the ground. Initially, stems are usually weak and cannot stand straight. It eventually grows to become the toughest part of the plant called the trunk. The trunk is covered by a thick outer covering known as the bark. Overall stem provides a definite framework and structure to a plant, which later develops into a tree.

The stem provides support to the plant. They also protect the plant and help in vegetative propagation. A few underground stems such as potato and ginger are modified to store food.

The important functions of a stem include:

Leaves are the most important part of a plant. They contain chlorophyll that helps the plants to prepare their food using sunlight, carbon dioxide and water. A leaf consists of three main parts- petiole, leaf base and lamina.

Leaf and its parts

Other Parts of Plants

The other parts of a plant include flowers and fruits.

Explore more: Parts And Functions  of a flower

Fruits are the main features of a flowering plant. It is a matured ovary that develops after fertilisation. Some fruits are developed without fertilization and are known as parthenocarpic fruits and the process is known as Parthenocarpy.

Thus, we see how different parts of a plant help in the growth and development of a plant. All the plant parts are beneficial and work in coordination with each other.

For more information on different parts of plants, diagrams and their functions, keep visiting the BYJU’S website or download BYJU’S app for further reference.