Darwin's Contribution: The Theory of Evolution

Charles Darwin, an English naturalist of the 19th century made an extensive study of nature for over 20 years. He collected the observations on animal distribution and the relationship between the living and extinct animals and finally found that the present living animals share similarities to some extent not only between them but also with the other species that existed millions of years ago and among which some have become extinct.

Carles Darwin is known as the father of evolution due to his contribution to the establishment of the theory of evolution. His theory helped in removing all the conventional old believes which said that the formation of various species was a supernatural phenomenon or act of the Almighty. Darwin’s evolutionary theory of natural selection gave a more rational explanation of the formation of new species. As per natural selection, various species originated from a single species as a result of adaptation to the changing environment.

The Theory of Evolution

Darwin had the following ideas regarding the theory of natural selection: 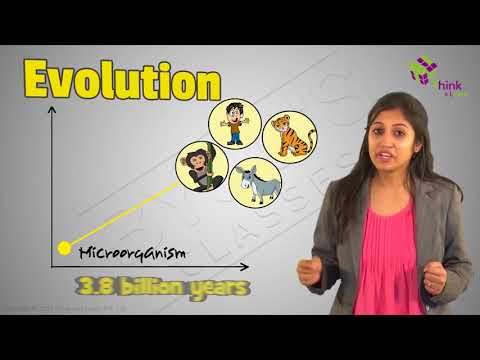 For more detailed information about the evolutionary theories, visit BYJU’S.