Water Pollution And Its Control

Water is one of the most vital natural resources on earth and has been around for a long time. In fact, the same water which we drink has been around in one form or the other since the time of the dinosaurs.

That is a lot of water, however, less than 0.3% is accessible for human consumption. As commercialization and industrialization have progressed, that number continues to dwindle down. Furthermore, inefficient and outdated practices, lack of awareness and a plethora of other circumstances have led to water pollution.

Also Read: How Can We Conserve Water?

What is Water Pollution?

When water gets polluted, it adversely affects all lifeforms that directly or indirectly depend on this source. The effects of water contamination can be felt for years to come.

The key causative of water pollution in India are:

One of the primary causes of water pollution is the contamination of water bodies by toxic chemicals. As seen in the example mentioned above, the dumped plastic bottles, tins, water cans and other wastes pollute the water bodies. These result in water pollution, which harms not just humans, but the whole ecosystem. Toxins drained from these pollutants, travel up to the food chain and eventually affect humans. In most cases, the outcome is destructive to only the local population and species, but it can have an impact on a global scale too.

Nearly 6 billion kilograms of garbage is dumped every year in the oceans. Apart from industrial effluents and untreated sewage, other forms of unwanted materials are dumped into various water bodies. These can range from nuclear waste to oil spills – the latter of which can render vast areas uninhabitable.

The effect of water pollution depends upon the type of pollutants and their concentration. Also, the location of water bodies is an important factor to determine the levels of pollution. 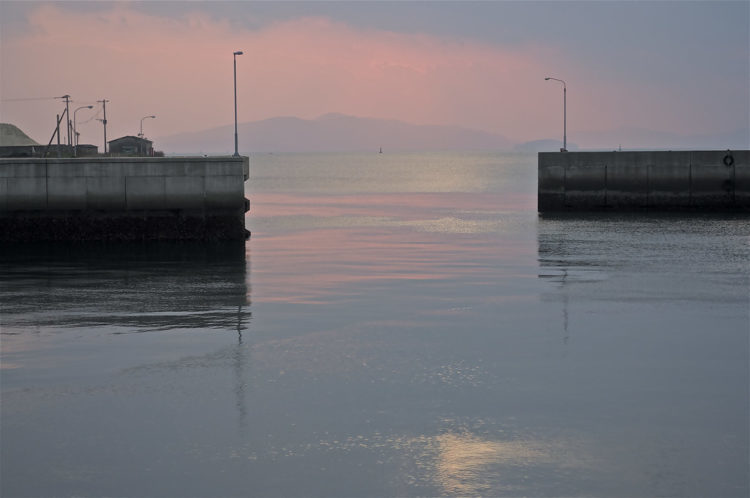 In 1932, a factory in Minamata City, Japan began dumping its industrial effluent – Methylmercury, into the surrounding bay and the sea. Methylmercury is incredibly toxic to humans and animals alike, causing a wide range of neurological disorders.

Its ill effects were not immediately noticeable. However, this all changed as methylmercury started to bioaccumulate inside shellfish and fish in Minamata Bay. These affected organisms were then caught and consumed by the local population. Soon, the ill effects of methylmercury were becoming apparent.

Initially, animals such as cats and dogs were affected by this. The city’s cats would often convulse and make strange noises before dying – hence, the term “dancing cat disease” was coined. Soon, the same symptoms were observed in people, though the cause was not apparent at the time.

Other affected people showed symptoms of acute mercury poisoning such as ataxia, muscle weakness, loss of motor coordination, damage to speech and hearing etc. In severe cases, paralysis occurred, which was followed by coma and death.  These diseases and deaths continued for almost 36 years before they could be officially acknowledged by the government and the organisation.

Since then, various control measures for water pollution have been adopted by the government of Japan to curb such environmental disasters in the future.

Pollution of the Ganges

Some rivers, lakes, and groundwater are rendered unfit for usage. In India, the River Ganges is the sixth most polluted river in the world. This is unsurprising as hundreds of industries nearby release their effluents into the river. Furthermore, religious activities such as burials and cremations near the shore contribute to pollution. Apart from the ecological implications, this river poses a serious health risks as it can cause diseases like typhoid and cholera.

As per a survey, by the end of 2026, around 4 billion people will face a shortage of water. Presently, around 1.2 billion people worldwide do not have access to clean, potable water and proper sanitation. It is also projected that nearly 1000 children die every year in India due to water-related issues. Groundwater is an important source of water, but unfortunately, even that is susceptible to pollution. Hence, water pollution is quite an important social issue that needs to be addressed promptly.

Water pollution, to a larger extent, can be controlled by a variety of methods. Rather than releasing sewage waste into water bodies, it is better to treat them before discharge. Practising this can reduce the initial toxicity and the remaining substances can be degraded and rendered harmless by the water body itself. If the secondary treatment of water has been carried out, then this can be reused in sanitary systems and agricultural fields.

A very special plant, the Water Hyacinth can absorb dissolved toxic chemicals such as cadmium and other such elements. Establishing these in regions prone to such kinds of pollutants will reduce the adverse effects to a large extent.

Some chemical methods that help in the control of water pollution are precipitation, the ion exchange process, reverse osmosis, and coagulation. As an individual, reusing, reducing, and recycling wherever possible will advance a long way in overcoming the effects of water pollution.

What is sewage treatment?

Wastewater treatment or sewage treatment generally refers to the process of cleaning or removing all pollutants, treating wastewater and making it safe and suitable for drinking before releasing it into the environment.

What are the main steps in sewage treatment?

There are four main stages of the wastewater treatment process, namely:

What are the main causes of water pollution?

The main causes of water pollution are attributed to

Water pollution can have disastrous consequences on the ecosystem. Furthermore, toxic chemicals can travel through the food chain and get into our bodies, causing diseases and death.

To learn more about water pollution, causes, effects, preventive measures and other important environmental concerns (such as eutrophication), visit us at BYJU’S Biology.

Test your Knowledge on Water Pollution And Its Control
Q5