Radioactive wastes are the wastes emanating from a nuclear power plant or medical laboratory. They contain radioactive materials that are hazardous to most forms of life and the environment. The wastes decay over the course of time, so they would be confined to a safe place until the time they lose their radioactivity and no longer pose a threat to the environment. The time specified earlier depends on the type of waste and radioactive isotopes.

The natural radiations are also called as background reactions as the cosmic rays are involved and the surface of the earth is reached from space. These include radioactive elements like uranium, thorium, radon, carbon, and radium. These elements are traced in the soil, water, and rock. While man-made radiations include refining of plutonium, thorium, and mining, explosion and production of nuclear power plants and radioactive isotopes as well as nuclear fuels.

If someone is exposed to radioactive wastes at levels greater than natural background then that can be perilous to health. Cancer, birth defects, and other abnormalities can be the result of exposure to high-level radioactive wastes. The government takes care of the safe disposal of radioactive wastes within their borders. The cycle of waste management is a possession, transportation, storage and disposal of waste. 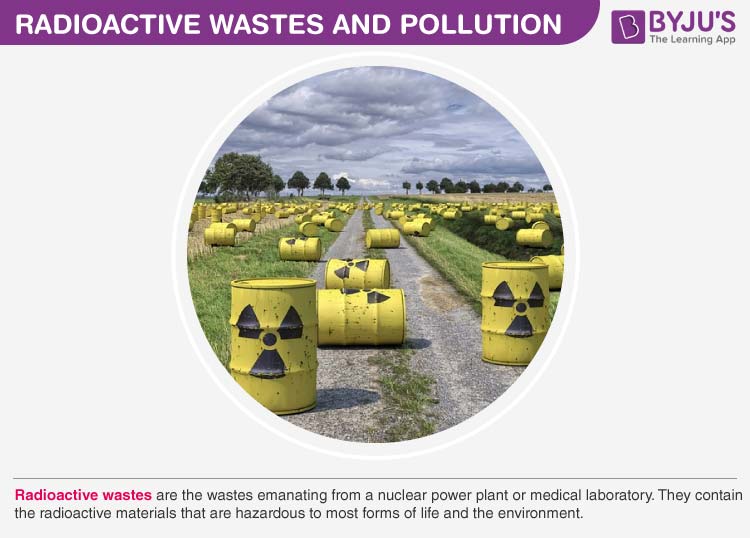 Radioactive pollution is the pollution of water and air due to radioactive materials. Without the safe disposal of radioactive waste, it can create life-threatening pollution. To provide an example, the first atom bomb that exploded during the second world war had major after-effects that the world can never forget. Flora and fauna were completely destroyed. Nearly 30% of the population were either burned or killed by the radiation caused by the bomb and another 30% were seriously injured. Even after these results, the nuclear race is still going on between different nations that are also leading to radiation pollution. 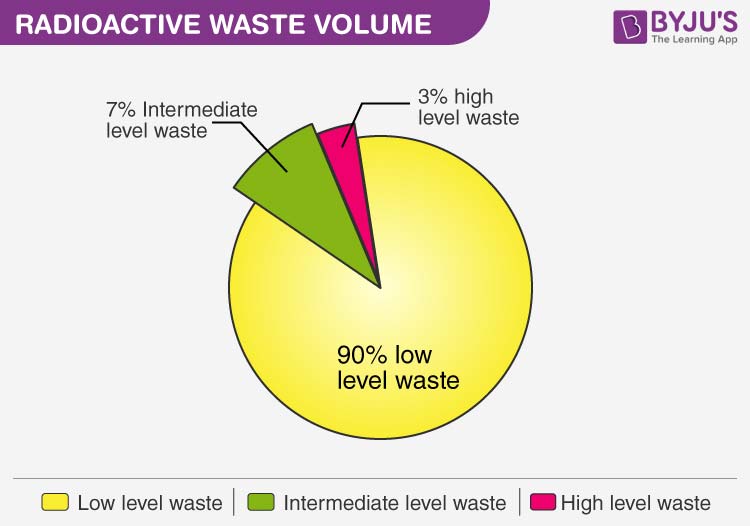 Exempt waste or Very low-level waste
The least harmful wastes are called very low-level waste (VLLW). Examples of the VLLW would be the demolished materials like concrete, plaster, brick, metals, valves, piping etc that may have produced while rehabilitation projects or demolition projects.

Low-Level wastes: Are usually generated from the wastes emerging out of hospitals and industries. Consists of paper, rags, tools, clothes, cotton, filters etc. they contain short-lived radioactivity. It is often incinerated or burned before disposal.

This type of wastes contains a high level of radioactivity and requires burial. They contain chemical sludge’s, metal fuel and resins. The nonsolids are sometimes converted to bitumen for disposal.

Emerges from the burning of uranium fuel in a Nuclear Reactor. They are highly radioactive and hot, they require cooling and shielding.

France, UK, and Russia have major reprocessing plants of approximately 5000 tonnes per year. India is researching and considering the safe disposal of wastes into the river or land. The government needs to take steps to contain the waste to reduce the effects of radioactive materials.

To learn more about Radioactive wastes and Pollution, visit BYJU’s.