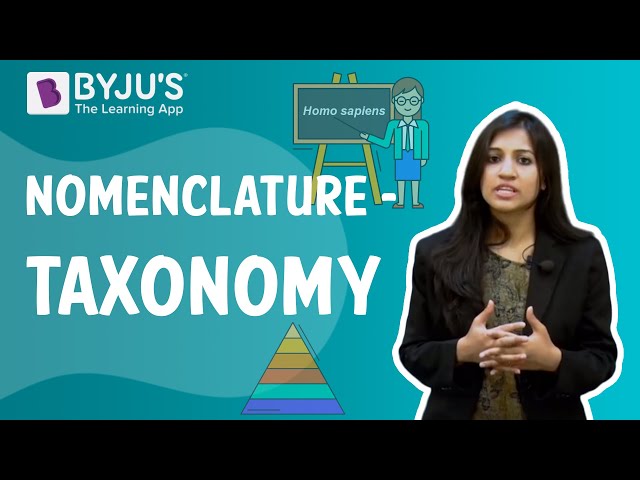 What is Binomial Nomenclature?

The system of binomial nomenclature was introduced by Carl Linnaeus. Multiple local names make it extremely difficult to identify an organism globally and keep a track of the number of species. Thus, it creates a lot of confusion. To get rid of this confusion, a standard protocol came up. According to it, each and every organism would have one scientific name which would be used by everyone to identify an organism. This process of standardized naming is called as Binomial Nomenclature.

All living species including plants, animals, birds and also some microbes have their own scientific names. For eg., 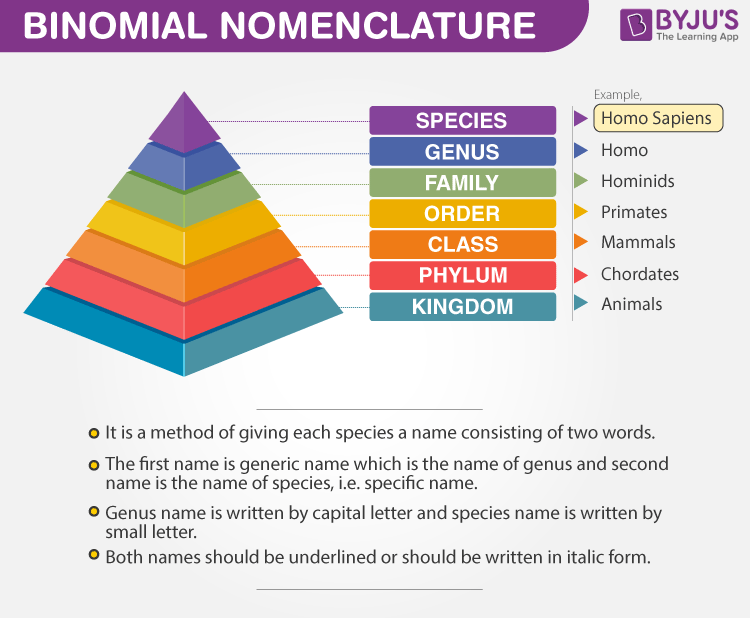 A Biologist from all over the world follows a uniform set of principles for naming the organisms. There are two international codes which are agreed upon by all the biologists over the entire world for the naming protocol. They are:

These codes make sure that each organism gets a specific name and that name is globally identified.

The rest of the binomial nomenclature rules for writing the scientific names of organisms include the following:

Why is Binomial Nomenclature Important?

As stated previously, there are millions of species of organisms distributed throughout the world. Furthermore, the same organisms are known by different names around the world and this can cause confusion when trying to identify or classify. Hence, binomial nomenclature was seen as a viable solution to this problem.

Some of the basic drawbacks of binomial nomenclature are: