While studying biology, students would have encountered a topic named asexual reproduction. One of the known asexual reproduction types is known by the name ‘fragmentation’.  As the name is quite self-explanatory, it is a type of cloning where one organism is divided into minor fragments. Once divided, these fragments develop into individual ones which are fully grown.
Table of Contents

Fragmentation, also known as a splitting method of reproduction and is seen in many organisms such as cyanobacteria, fungi, many plants, and also in animals including flatworms, sponges, some annelid worms and sea stars. 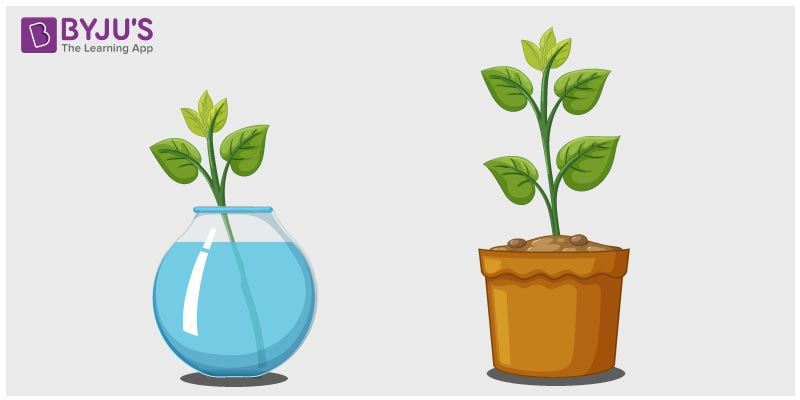 Specialized Structures (Reproductive):  There are few plants which could form adventitious plantlets on their leaves, which would later detach to form individually grown plants. Certain other ones produce organs like turions and bulbils.

Even in nonvascular plants, the process of fragmentation is a common phenomenon like mosses and liverworts. In the case of moss leaves or stems, they are carried by the wind, animals or even water. Once the moss fragment reaches an environment that is suitable, it would root itself to form a new plant. 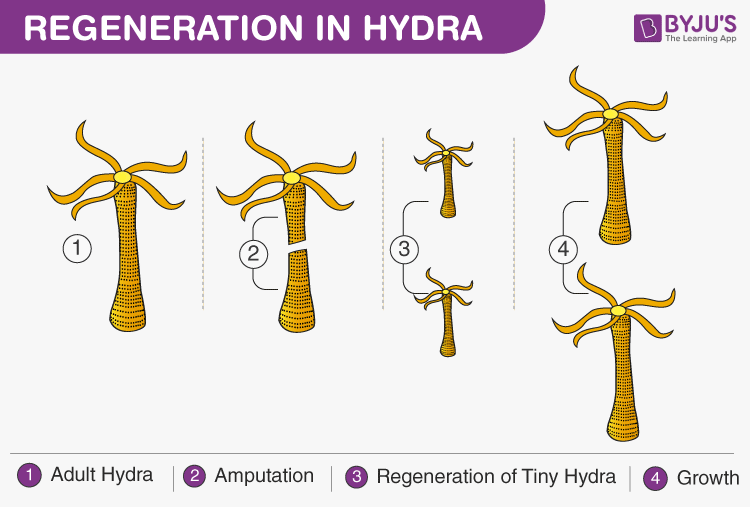 Natural fragmentation and reproduction happen in animals like coral colonies and sponges. Using this method, different species of colonies of corals and sponges reproduce.

Different kinds of annelid species and flatworms rely on this reproduction method.

Terms like paratomy and architomy are used widely while the splitting happens due to certain developmental changes. In paratomy, at a particular point, the animal would split into two and both the fragments would have their own tissues and organs. In the case of architomy, an organism splits into various fragments that develop into a matured organism.

Prior to splitting, the animal might develop furrows at the zone of splitting.  The regeneration of a complete head has to happen for the fragment without the head.

In the case of paratomy, the split happens where the anteroposterior axis is perpendicular and the pre-generation of anterior structures in a position that is posterior. Both the organisms develop in a head-to-tail fashion as their body axis gets aligned properly. Budding and paratomy are similar to a considerable extent with the exception of the body axis are not aligned correctly.

Check these videos to know more: 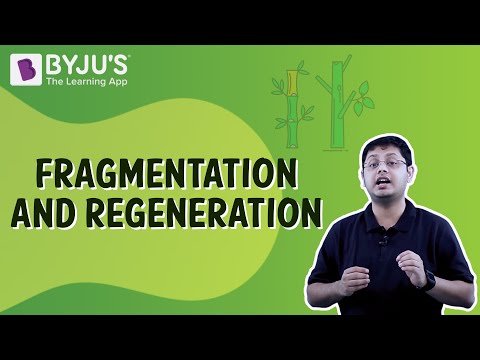 Stay tuned with BYJU’S to learn more about Fragmentation.

Test your Knowledge on Fragmentation!
Q5