Viscosity is defined as the quantity that represents a fluid’s resistance to flow. To put it in simpler terms, viscosity is the friction between the fluid molecules. We usually relate to the viscosity of a liquid by measuring the “thickness”. For example, we can state that honey is “thicker” (meaning a higher viscosity) than normal water.

Some non-standard units include the Reyn, which is a British unit of dynamic viscosity. 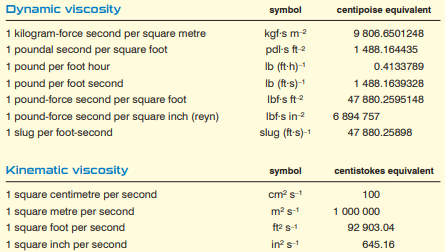 Newton’s law of viscosity states that shear stress between the adjacent layers of the fluid is proportional to the velocity gradients between the two layers.

What will be the viscosity of fluid when the fluid is at rest?

The viscosity of fluid when it is at rest will be 1 Poise. Viscosity is not dependent on the state of the fluid. Therefore, if the fluid is at rest or in motion, 1 Poise will remain constant.

Mention the factors on which viscosity depends.

Following are the factors on which viscosity depends:

Give examples of Newtonian fluids.

Water, honey, and organic solvents are examples of Newtonian fluids.

Test your knowledge on Unit Of Viscosity
Q5