How do opaque objects work?

Imagine you have a star-shaped object with you like the one shown in the image below.

Now you place this star behind one of the glass windows in your house, without any screens drawn. Can you still see the star? Obviously.

What if you place the star inside a notebook and close the book? Can you see the star now? Obviously not. You will only be able to see the cover of the book.

What is an opaque material?

An opaque object is something that allows no light through it. Concrete, wood, and metal are some examples of opaque materials. Some materials can be opaque to light, but not to other types of electromagnetic waves.

If you switched on a torch and let the light pass through the glass window, you can still see the light on the other side of the glass surface. This is because almost all the light rays emitting from the torch source pass through that transparent object.

Therefore, we can say that transparent objects are those which allow almost all light rays to pass through them. For example, glass surfaces, water, and even air, if you think about it.

Can you think about what opaque objects are?

Opaque objects are those that do not allow any light to pass through them. The book cover, brick, and other such solid things you can think of are all opaque in nature. This means that you cannot see through such an object.

Translucent objects are those that come in between opaque and transparent materials. To understand translucent material, imagine a fogged-up glass window. If someone or something crosses a foggy window, you may be able to say that it’s a person or a dog but you can’t tell who or sometimes even what it is. The details will not be easily discernible. This is because translucent objects let some light rays pass through them but not all.

The image below clearly illustrates the differences between transparent, translucent, and opaque surfaces. 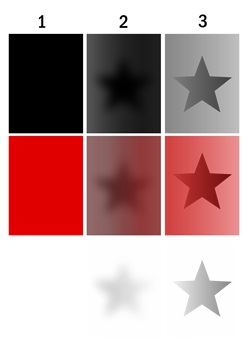 Stay tuned with BYJU’S to learn more about opaque, shadow formation, and much more.

Do opaque objects allow light to pass through it?

No, opaque objects do not allow light to pass through it.

What is a translucent substance?

A substance which allows partial transmission of light through it is called translucent.

State true or false: In a opaque substance, any incident light gets reflected, absorbed, or scattered.

What are the two examples of opaque material?

Wood, and metal are two examples of opaque materials.

Smoke is a translucent or transparent in nature?

Smoke is translucent in nature.
Test your Knowledge on Transparent Translucent And Opaque
Q5