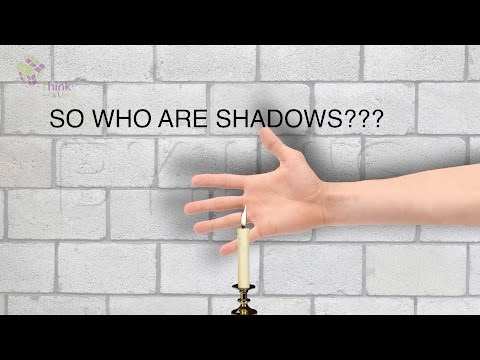 Have you ever observed the shadow formation and how it behaves? Well, what do you notice in the image given below? 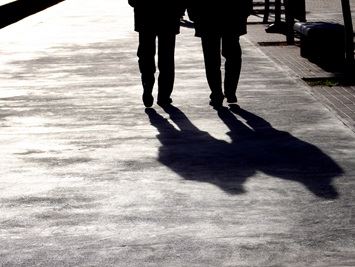 Two people walking? And their “shadows”?

There aren’t many people who haven’t heard of the term shadows.
But why and how are shadows formed? To understand shadows, you will first need to understand transparent, and opaque objects.
Transparent objects like a glass sheet or water are those which allow light rays to pass through it.
Opaque objects are solid objects like a brick or a wall that do not let any light pass through them.
Such kinds of objects cast shadows.

So what is shadow formation?

A shadow is actually just a space or region, where there is no light since an opaque object is blocking light rays. The position and intensity of the source of light affect the properties of the type of shadow that is formed. For example, let us consider the sun to be a light source. When it is early morning or late afternoon, you may notice that your shadows are elongated. But at noon, when the sun is right above your head, the shadow formed is short and dark in nature.

Also, you would’ve noticed that at noon, the shadows formed are more defined in nature when compared to late afternoon or early morning shadows which are slightly blurred with edges not defined very well. This is because when the light source is wider during these times.

Light sources can be either point or non-point (extended) in nature. If it is a point source of light, then it forms a simple shadow called an umbra. If it is an extended light source, the shadow is divided into the umbra, penumbra, and antumbra. They can also be used to define levels of darkness, as is sometimes done when dealing with sunspots.

Although shadows cast on surfaces are mostly two-dimensional in nature, they can also be seen to have a three-dimensional effect. For example, when a shadow is cast on dense mist or fog, you can observe this effect.

What is shadow formation?

A shadow is actually just a space or region, where there is no light since an opaque object is blocking light rays. The position and intensity of the source of light affect the properties of the type of shadow that is formed.

What is an opaque material?

An opaque object is something that allows no light through it. Concrete, wood, and metal are some examples of opaque materials. Some materials can be opaque to light, but not to other types of electromagnetic waves.

How many types of light sources are there?

There are countless sources of light, but they can all be categorised under either of the two following categories-

What is reflection of light?

For more articles on a different article on the Sciences, check out our main website at BYJU’S.