What is a Buoyant Force? 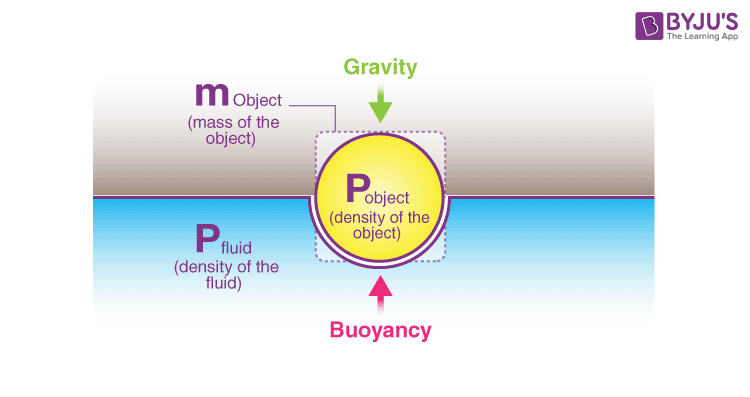 When an object is immersed in water or any other fluid, we observe that the object experiences a force from the downward direction opposite to the gravitational pull, which is responsible for the decrease in its weight. This upward force exerted by the fluid opposes the weight of an object immersed in a fluid. As we know, the pressure in a fluid column increases with depth. Thus, the pressure at the bottom of an object submerged in the fluid is greater than that at the top. The difference in this pressure results in a net upward force on the object, which we define as buoyancy. 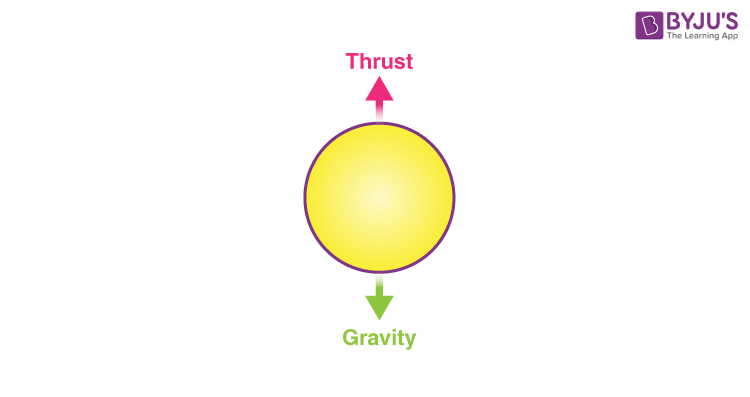 When we submerge an object in a fluid, an upward force is experienced by the object. The fluid applies this force on the object, which causes it to rise, and we call this force buoyant force. The magnitude of this force is precisely equal to the amount of weight of the liquid displaced.

The point where the buoyant force is applied or the point on the object where the force acts is termed the centre of Buoyancy.

Here is a video demonstrating the buoyant force or buoyancy with the help of animations. 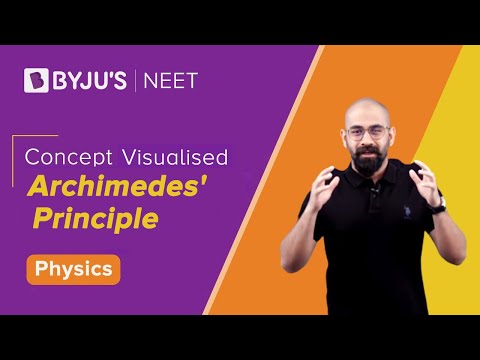 Why does an object float or sink in water?

Floating is the consequence of the above concept. The object should be less dense than water, or else, if its density is greater, it will tend to sink.

Buoyancy(upthrust) makes it possible for swimmers, fishes, ships, and icebergs to stay afloat. Some applications of buoyancy are given in the points below.

A ship floats on the surface of the sea because the volume of water displaced by the ship is enough to have a weight equal to the weight of the ship. A ship is constructed in a way so that the shape is hollow to make the overall density of the ship lesser than the seawater. Therefore, the buoyant force acting on the ship is large enough to support its weight.

A certain group of fishes uses Archimedes’ principle to go up and down the water. To go up to the surface, the fish will fill its swim bladder (air sacs) with gases (clever, isn’t it?). The gases diffuse from their own body to the bladder and thus make the body lighter. This enables the fish to go up.

Why is buoyant force important in swimming?

What are the three types of buoyancy?

Positive buoyancy is when the immersed object is lighter than the fluid displaced, and this is the reason why the object floats.

Negative buoyancy is when the immersed object is denser than the fluid displaced which results in the sinking of the object.

Neutral buoyancy takes place when the weight of the immersed object is equal to the fluid displaced. The dive taken by the scuba diver is an ideal example of neutral buoyancy.

What are the examples of buoyancy?

A boat or a ship floating in the water and the floating of cork in water are examples of buoyancy.

How are buoyancy and density related?

Buoyancy or the buoyant force is directly proportional to the density of the immersed fluid.