Albert Einstein originally proposed this theory in the year 1905 “On the Electrodynamics of Moving Bodies”. Special relativity implies consequences of mass-energy equivalence, relativity of simultaneity, length contraction, and a universal speed limit. The conventional notion of absolute universal time is replaced by the notion of a time that is dependent on the reference frame and spatial position. In relative theory, reference frames play a vital role. It is used to measure a time of events by using a clock. An event is nothing but an occurrence that refers to a location in space corresponding to the reference frame. For instance, the explosion of a fire flower can be considered as an event.

The origin of Special Relativity not only depends upon these two postulates, but there are other factors such as the clock from their previous history and isotropy.

Wave propagation was discovered during the theoretical investigation in classical electromagnetism. Classical electromagnetism is a branch of theoretical physics that mainly deals with the synergy between electric charges and current by using the classical Newtonian model. The theory provides an explanation of electromagnetic phenomena whenever the field strengths and relevant length scales are large enough that quantum mechanical effects are negligible. The broad study of moving charges forms the Liénard–Wiechert potential, leading to further development towards special theory of relativity.

Who developed the special theory of relativity?

State Einstein’s equation which shows energy and mass are interchangeable.?

Speed of light is represented using which alphabet?

Speed of light is represented using the letter ‘c’.

Third law of Newton’s motion states that “for every action, there is an equal and opposite reaction”.

Can light travel in vacuum?

Yes, light is an electromagnetic wave which can travel in a vacuum.

Learn the basics of electromagnetism in this video. The video also covers the Right hand thumb rule which is used to find the direction of current or magnetic field if one is known. 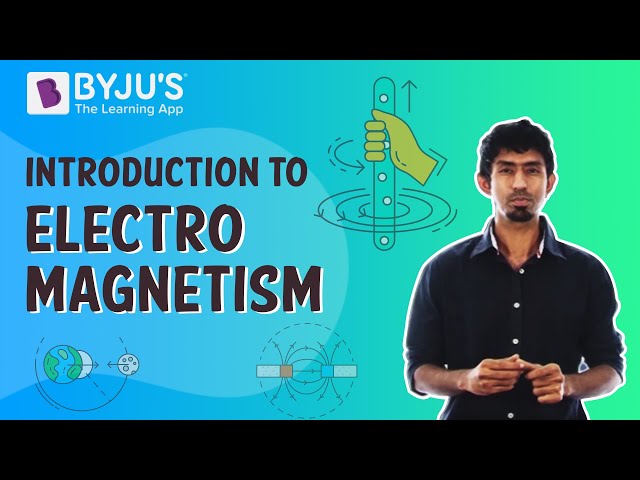 Test your knowledge on Special Theory Of Relativity
Q5