A generator is a mechanical equipment which converts mechanical form of energy into electrical energy. Generators find application in agricultural and industrial production. The most widely used principle for the construction of generator is based on the law of electromagnetic force.

What is the Working Principle of Generator? 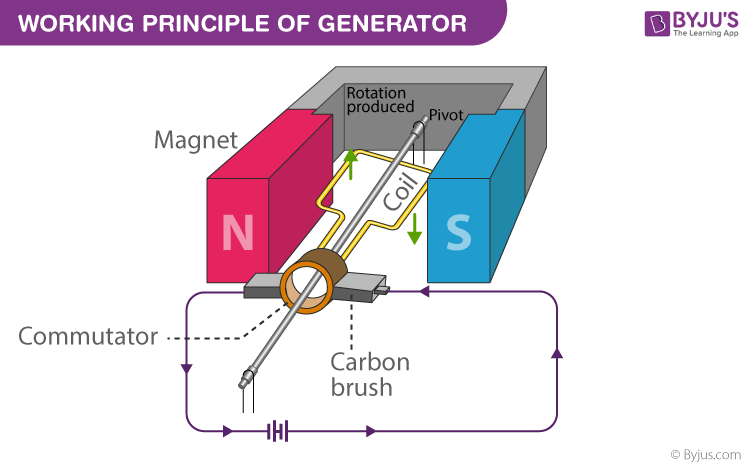 What are the Types of Generators?

Following are the types of generators:

What are AC generators?

What is the Working Principle of AC Generator?

The working principle of AC generator is based on the electromagnetic induction. The armature rotates between the poles of the magnet which is perpendicular to the magnetic field. As there is a changed in the flux produced by the armature, emf is induced producing electric current with the help of galvanometer, slip rings, and brushes. The flow of alternating current through the galvanometer can be observed when the galvanometer oscillates between positive and negative poles.

What are the Types of AC Generators?

There are two types of AC generators:

What are the Advantages of AC Generators?

Advantages of AC generators are:

Q3. What is the use of armature in AC generator?
Ans: Armature is used for producing output voltage.

What is DC generator?

A DC generator is used for converting mechanical energy onto direct current electricity.

What is the Working Principle of DC Generator?

The working principle of DC generator is based on Faraday’s laws of electromagnetic induction. When a conductor is placed in the varying field, an emf is induced in the conductor. The magnitude of the emf induced can be calculated with the help of emf equation of DC generator. The circulation of induced current takes place within the closed path. With the help of Fleming’s right hand rule, the direction of induced current can be determined.

Emf equation of DC generator is given as:

What are the Types of DC Generators?

Following are the types of SC generators:

What are the Advantages of DC Generators?

Following are the advantages of DC generator: 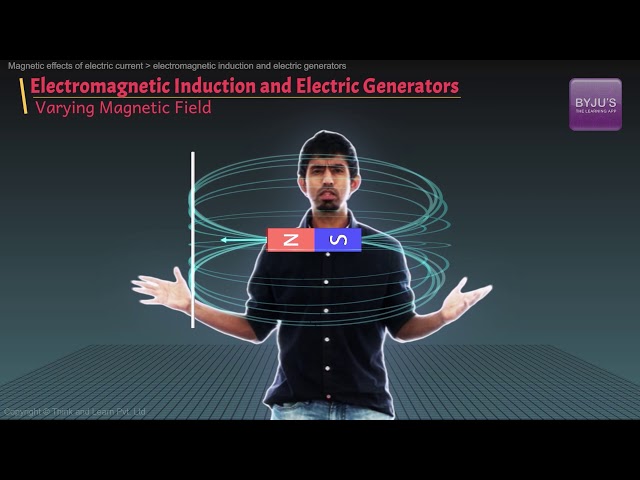 What is a Transformer? 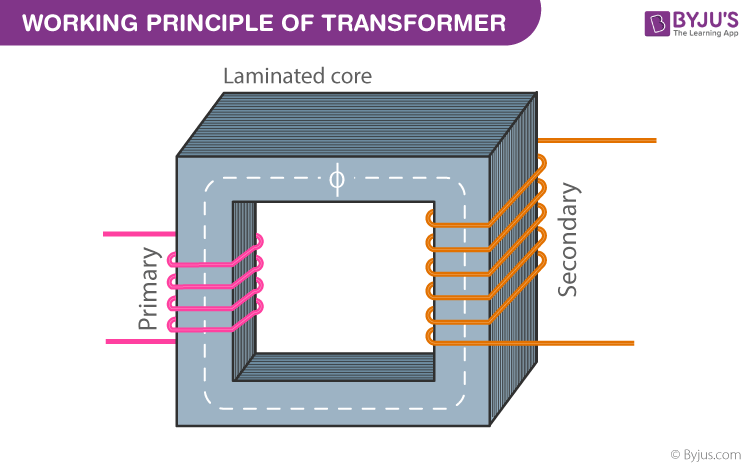 The main working principle of transformer is based on the mutual inductance between the two circuits that are linked by a common magnetic flux. A transformer consists of two coils that are electrically separated but magnetically linked through a path of reluctance.

What are the Types of Transformers?

There are two types of transformers:

According to Faraday’s law of electromagnetic induction, the induced e.m.f is given by:

By using the above equations, we get,

There are different types of transformers based on various parameters and they are listed below:

There are three basic applications of transformer and they are:

When can two DC generators can be operated simultaneously?

When the dropping voltage characteristics of both the DC generators are the same then the two Dc generators can be operated simultaneously.

What is the use of lap winding in DC generator?

Critical resistance is defined as the resistance offered by the field.

Name the important parts of a transformer.

What is the use of primary and secondary winding?

How to reduce the magnetic leakage in a transformer?

The magnetic leakage is reduced by sectionalizing and by interleaving the primary and secondary windings.