What is an Electric Generator?

If you are interested to read more about the electric motor, click on the link provided below:

Due to this inefficiency of electrostatic generators, the first electromagnetic generator, the Faraday disk, was invented in 1831 by British scientist Michael Faraday.

How do Generators create Electricity?

Generators do not create electricity instead it uses the mechanical energy supplied to it to force the movement of electric charges present in the wire of its windings through an external electric circuit. This flow of electrons constitutes the output electric current supplied by the generator.

The modern-day generators work on the principle of electromagnetic induction discovered by Michael Faraday. He realized that the above flow of current can be created by moving an electrical conductor in a magnetic field. This movement creates a voltage difference between the two ends of the conductor which causes the electric charges to flow, hence generating electric current.

Components of an Electric Generator

The main components of an electric generator are given below

The classification of electric generators depends on the type of electrical energy that is produced, which is either direct current or alternating current.

If you wish to read more about AC Generators and DC Generators, click on the link below:

Uses of an Electric Generator

Below is a video explaining the problems with solutions related to electromagnetic induction: 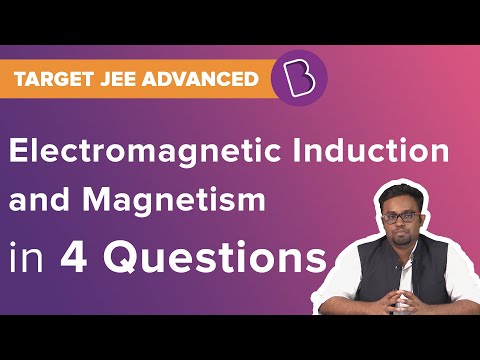 Can a generator be used as a motor?

In principle, any electrical generator can also serve as an electric motor or vice versa.

What kind of power does a generator produce?

Generators produce both AC and DC depending on its construction and the requirement.

What is an AC generator?

What is a DC generator?

A DC generator is an electrical machine that converts mechanical energy into DC (direct current) electricity.

How does the water stored in dams generate electricity?

An electric generator (dynamo) is defined as an electric machine that transforms a mechanical form of energy into electrical energy.

Which are the common sources of large scale mechanical energy?

Which type of generators were used when the connection between magnetism and electricity was discovered?

Electrostatic generators were used when the connection between magnetism and electricity was discovered.

What is the fundamental principle behind electric generators?

Electromagnetic induction is the fundamental principle behind electric generators.

What are the components of an electric generator?

The components of an electric generator are an engine, a frame, an alternator, a fuel system, a voltage regulator, a cooling system, a lubrication system, an exhaust system, a central control panel, and a charger.

What are the two types of electric generators?

Test your Knowledge on The Electric Generator
Q5