Difference Between Fuse And Circuit Breaker 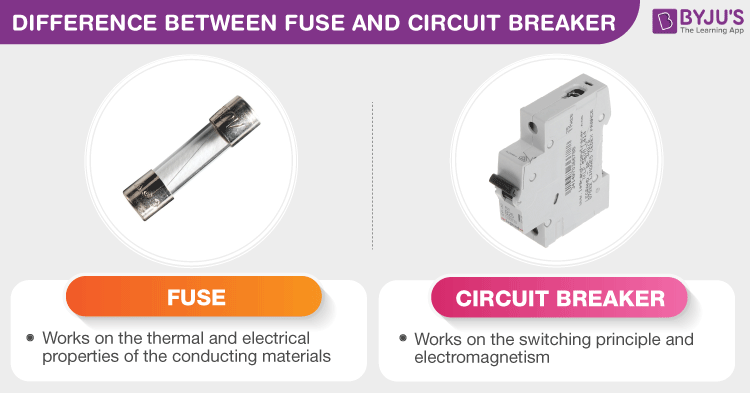 What is a Fuse?

What is Circuit Breaker?

We define a circuit breaker as an automatically operated electrical switch that is designed to protect an electrical circuit from damage caused by an excess amount of current due to overload or short circuit. The basic function of a circuit breaker is to interrupt current flow after a fault is detected.

Most houses use breakers nowadays due to their many advantages. Fuses are used widely in motor protection circuits due to their simplicity and small size.

Learn more differences with the help of interactive video lessons by downloading BYJU’S – The Learning App.

Test your knowledge on Fuse and circuit breaker differences
Q5