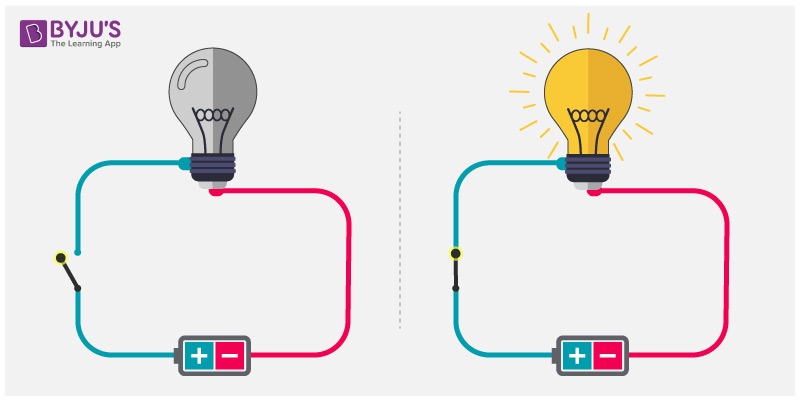 An electrical circuit complete only when there is at least one closed loop from positive to the negative end. This is the simplest form of an electric circuit, the circuit found inside a television is more complicated and has different components. You might have seen these danger signs on electric poles, transformers and sometimes even on some electrical equipment at home, it is to warn you about the dangers of electricity, and electricity, if not handled properly, could be lethal and can even cause deaths. Electric wires sockets and live wire should be properly insulated and kept away from the reach of children, the voltage in a small battery does not exceed more than 12 volts but the voltage in a transformer may reach up to 11000 volts.

Faulty electrical circuits because fire, for fires caused due to electrical failure use of water to extinguish must be avoided, there are special extinguishers for the same.

We have come to a conclusion that electric current flows only when there is a complete uninterrupted connection from a battery through different components back to the battery, any interruption will stop the flow of current

Electric batteries should also be handled carefully, never connect two terminals of the battery without a bulb or a load, because the chemicals inside the battery react so quickly that they generate an immense amount of energy, which can even cause them to burst.

Refer to the below video to understand Ohm’s law in scalar form: 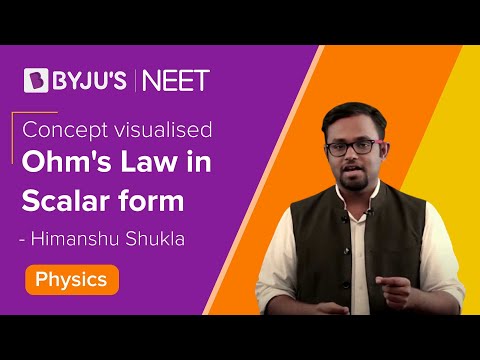 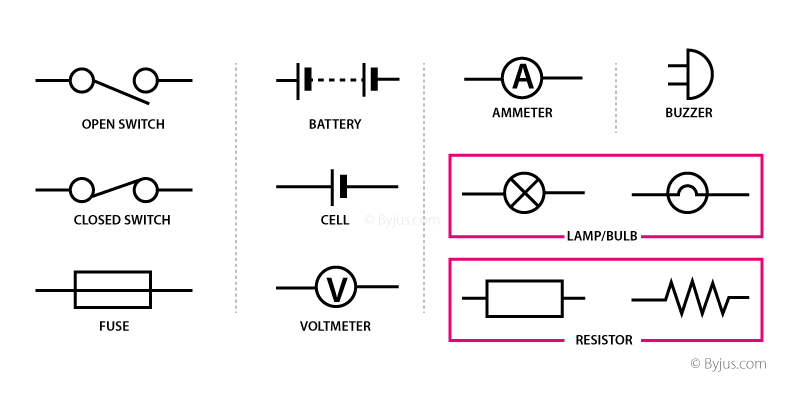 Following are the list of formulas that are used in electric circuits are:

Stay tuned with BYJU’S to learn more about Electric Circuit like domestic electric circuits, etc. with the help of interactive video lessons.

What is an electric circuit?

The electric circuit is a closed-loop or path which forms a network of electrical components, where electrons are able to flow.

What is a switch?

The switch is a small gap in the circuit that can be used to open or close a circuit.

What is the formula to calculate electric current?

Electric current is given by the formula: I=Q/t
Where,

When is an electric circuit said to be complete?

An electrical circuit complete when there is at least one closed loop from positive end to the negative end.

What is the formula to calculate power?