A barometer is an instrument used to measure air pressure as it varies with distance either above or below sea level. Italian scientist Evangelista Torricelli invented the barometer in the year 1643. He studied the characteristics of mercury when placed in a vacuum and used that theory to develop the first barometer.

How does a Barometer work?

A barometer is divided into two types as follows:

This is the most commonly used barometer. Torricelli invented this in the year 1643. It consists of a glass column with mercury and inches markings on it. The top end of the tube is closed, and the bottom end is rested in a cup containing mercury known as a cistern. To increase the accuracy, these barometers are corrected for ambient temperature and the local value of gravity. The reason why mercury is used is because of its density.

This barometer is made without fluid. It consists of an aneroid capsule, a thin and flexible metal box made from an alloy of beryllium and copper. For better expansion and contraction of levers and springs of the box, which is due to a change in atmospheric pressure outside the box, the box is tightly sealed.

How to Make a Barometer? 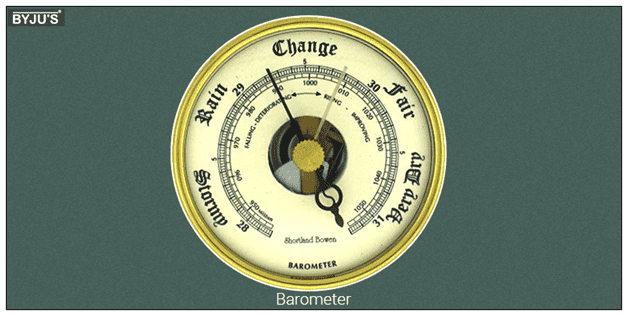 Predict the type of weather near you by watching a barometer. As discussed, a barometer is a type of instrument that measures air pressure. Low pressure usually means rainy weather, while high pressure means mild cool weather. Well, you don’t need to be a weather expert to understand the weather patterns. Build Your Barometer by gathering the things listed below and following the steps mentioned diligently.

Things you will need

In a low-pressure situation, the balloon will swell up, and the straw will start pointing downwards. This happens due to the air pressure difference as the air inside has a higher pressure than outside, thus expanding, and thus it expands the balloon out.

Similarly, the external air will push the balloon inside in a high-pressure environment, and the straw will point upwards. This happens as the air in the balloon has low pressure. In general, low pressure results in bad weather, whereas high pressure results in good weather. You can create a full weather report by combining several factors such as wind direction and speed and rainfall.

What is a Barometer?

A barometer is an instrument used to measure the air pressure as it varies with distance, either above or below sea level.

Who invented the barometer?

Italian scientist Evangelista Torricelli invented the instrument in the year 1643.

How does a barometer work?

The working of a barometer depends on balancing mercury weight in the glass tube with respect to the atmospheric pressure.

How many types of barometers are there?

There are two types of barometers namely: mercury barometer and aneroid barometer.

Which is the commonly used barometer?

Watch the video to understand how the air pressure help us in predicting the weather! 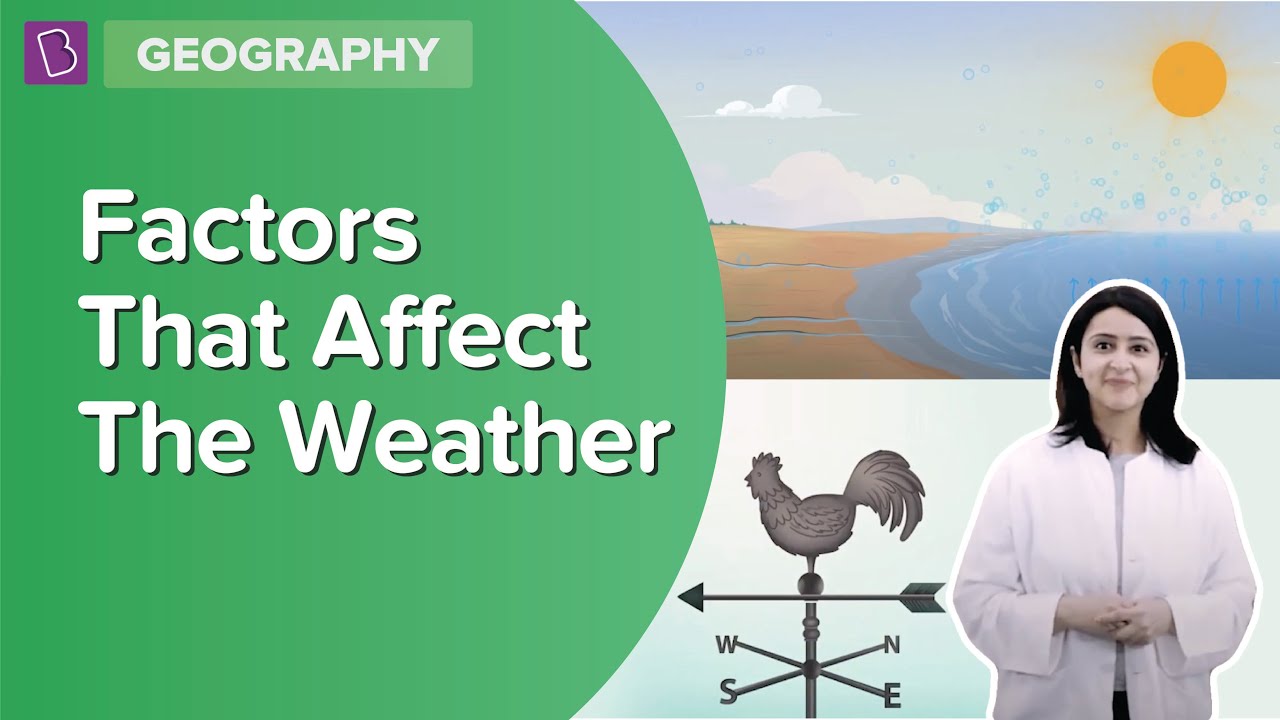 Test your knowledge on Barometer
Q5