MOSFETs or Metal Oxide Silicon Field Effect Transistors were invented to overcome the disadvantages posed by FETs, such as the slow operation, high drain resistance, and moderate input impedance. In this article, let us learn about the basics of MOSFET.

What is a MOSFET?

Metal Oxide Silicon Field Effect Transistors commonly known as MOSFETs are electronic devices used to switch or amplify voltages in circuits. It is a current controlled device and is constructed by three terminals. The terminals of MOSFET are named as follows:

The figure shows a practical MOSFET.

The circuit of MOSFET is typically represented as follows: 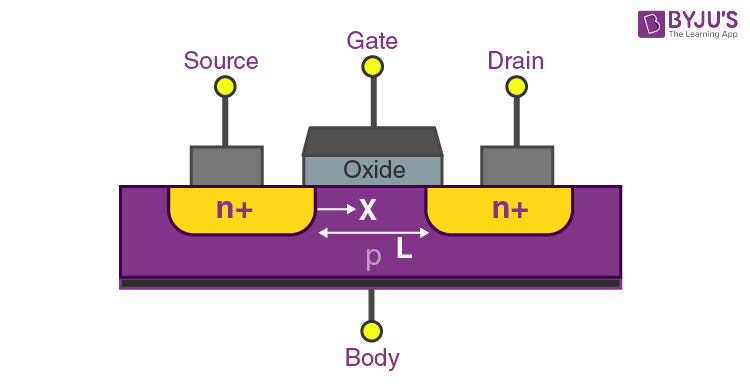 The classification of MOSFET based on the construction and the material used is given below in the flowchart.

MOSFETs are of two classes: Enhancement mode and depletion mode. Each class is available as n-channel or p-channel; hence overall they tally up to four types of MOSFETs.

The N-channel MOSFETs are abbreviated as NMOS and are symbolically represented as shown in the figure below: 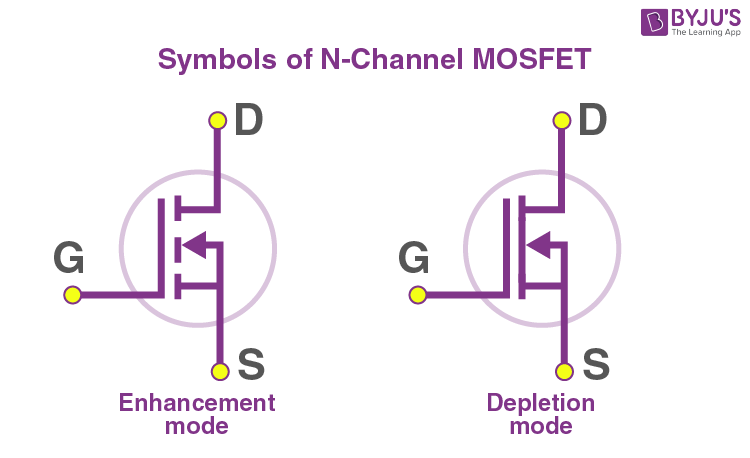 Similarly, the P-channel MOSFETs are abbreviated as PMOS and are symbolically represented as follows: 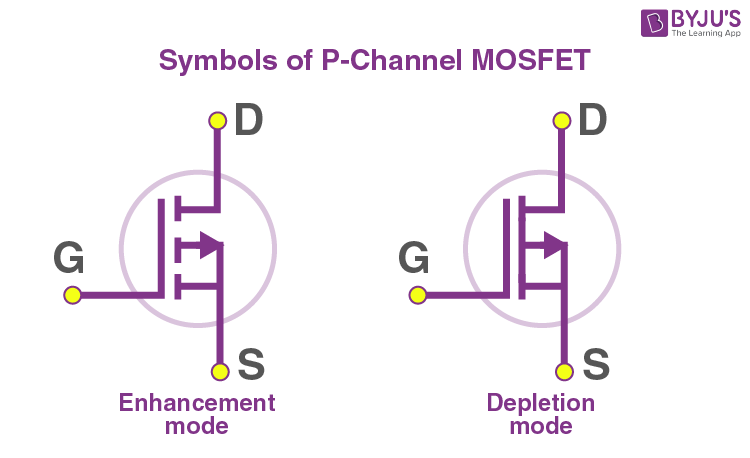 A MOSFET is seen to exhibit three operating regions. Here, we will discuss those regions.

The cut-off region is a region in which there will be no conduction and as a result, the MOSFET will be OFF. In this condition, MOSFET behaves like an open switch.

The ohmic region is a region where the current (IDS)increases with an increase in the value of VDS. When MOSFETs are made to operate in this region, they are used as amplifiers.

In the saturation region, the MOSFETs have their IDS constant in spite of an increase in VDS and occurs once VDS exceeds the value of pinch-off voltage VP. Under this condition, the device will act like a closed switch through which a saturated value of IDS flows. As a result, this operating region is chosen whenever MOSFETs are required to perform switching operations.

MOSFET as a Switch

MOSFETs are commonly used as switches. The circuit below shows the configuration of MOSFET when it is used as a switch. 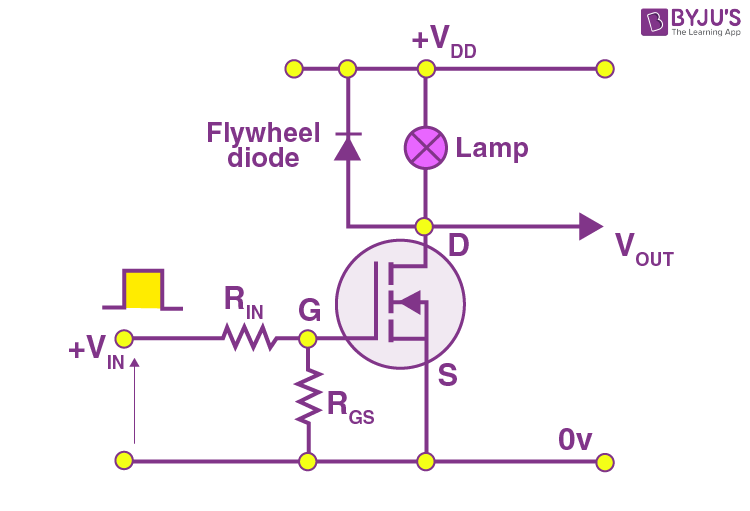 In the circuit arrangement, an Enhancement-mode N-channel MOSFET is used to switch a simple lamp “ON” and “OFF.” The input fate voltage Vgs is adjusted to an appropriate positive voltage to switch “ON” the device and the voltage level is set to a negative value or zero to turn it “OFF.”

The switching characteristics for both N-channel and P-channel type MOSFET are summarised in the table below:

In this section, let us discuss some differences between MOSFET and BJT.

What is a MOSFET?

MOSFET or Metal Oxide Silicon Field Effect Transistors is a voltage-controlled four-terminal device that is used for switching and amplification purposes.

Can MOSFET conduct in both directions?

How many types of MOSFETs are there?

MOSFETs are of two classes: Enhancement mode and depletion mode. Each class is available as n-channel or p-channel; hence overall they tally up to four types of MOSFETs.

What are the operating regions of MOSFET?

There are three operating regions and they are named as: cut off region, ohmic region and saturation region.

What is the difference between a MOSFET and a BJT?