From flipping a switch to heating a snack in the microwave, electricity is everywhere. Now that you thought about it, you might wonder how this essential energy source is generated and how it arrives at your doorstep.

Electricity is produced in power stations using turbines and generators. A turbine converts available energy into rotation while electric generators convert rotation into electricity. Based on the electric output of the generators, they are classified into two types AC Generators and DC Generators. This article will discuss the working principle and parts of an AC generator in detail. You can visit our article on DC Generator if you are interested to learn about the working principle and characteristics of a DC generator.

AC generators work on the principle of Faraday’s law of electromagnetic induction, which states that electromotive force – EMF or voltage – is generated in a current-carrying conductor that cuts a uniform magnetic field. This can either be achieved by rotating a conducting coil in a static magnetic field or rotating the magnetic field containing the stationary conductor. The preferred arrangement is to keep the coil stationary because it is easier to draw induced alternating current from a stationary armature coil than from a rotating coil.

The generated EMF depends on the number of armature coil turns, magnetic field strength, and the speed of the rotating field. 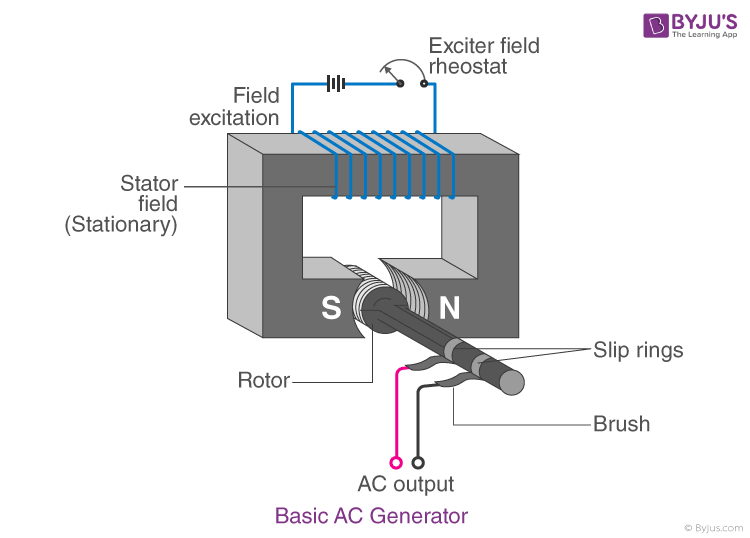 The various parts of an AC generator are:

The following are the functions of each of these components of an AC generator.

The field consists of coils of conductors that receive a voltage from the source and produce magnetic flux. The magnetic flux in the field cuts the armature to produce a voltage. This voltage is the output voltage of the AC generator.

The part of an AC generator in which the voltage is produced is known as an armature. This component primarily consists of coils of wire that are large enough to carry the full-load current of the generator.

The component used to drive the AC generator is known as a prime mover. The prime mover could either be a diesel engine, a steam turbine, or a motor.

The rotating component of the generator is known as a rotor. The generator’s prime mover drives the rotor.

The stator is the stationary part of an AC generator. The stator core comprises a lamination of steel alloys or magnetic iron to minimise the eddy current losses.

Slip rings are electrical connections used to transfer power to and fro from the rotor of an AC generator. They are typically designed to conduct the flow of current from a stationary device to a rotating one.

Working of an AC Generator

When the armature rotates between the poles of the magnet upon an axis perpendicular to the magnetic field, the flux linkage of the armature changes continuously. As a result, an electric current flows through the galvanometer and the slip rings and brushes. The galvanometer swings between positive and negative values. This indicates that there is an alternating current flowing through the galvanometer. The direction of the induced current can be identified using Fleming’s Right-Hand Rule. 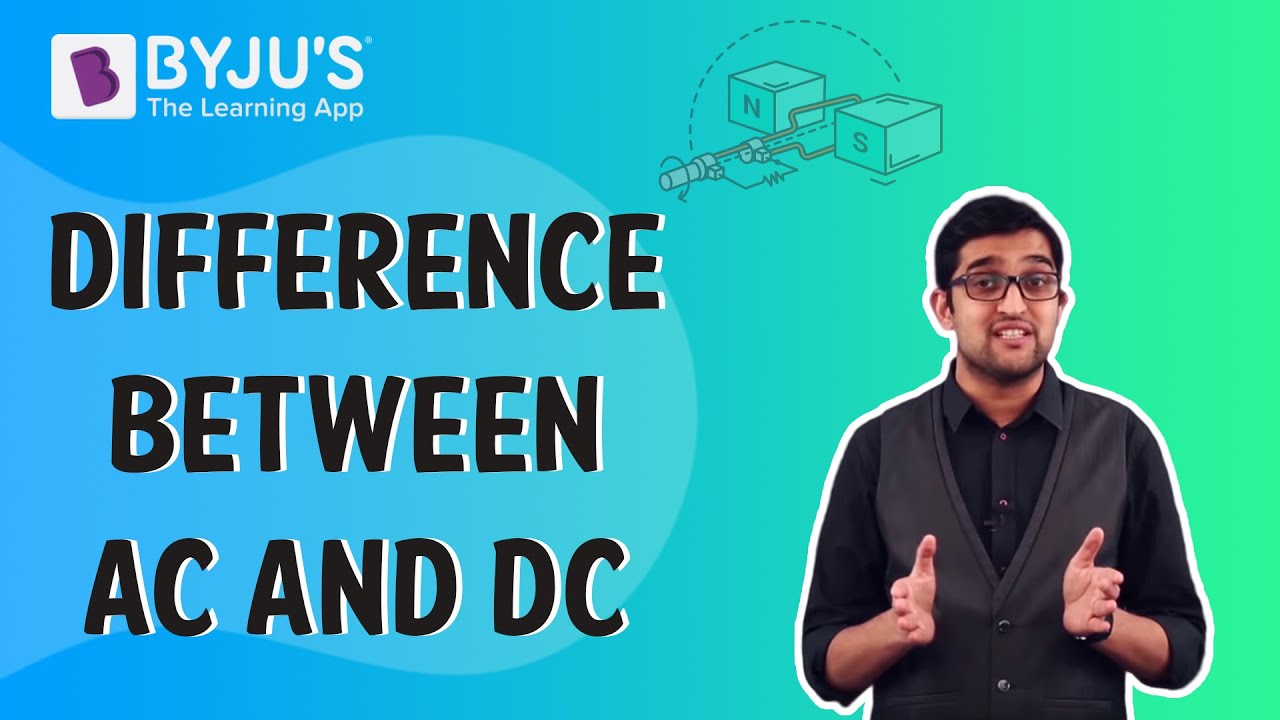 How does an AC generator produce electricity?

AC generators work on the principle of Faraday’s law of electromagnetic induction. When the armature rotates between the magnet’s poles upon an axis perpendicular to the magnetic field, the flux linkage of the armature changes continuously. Due to this, an emf is induced in the armature. As a result, an electric current flows through the galvanometer and the slip rings and brushes.

What factors do the generated EMF in an alternator depend upon?

The generated EMF depends on the number of armature coil turns, magnetic field strength, and the rotating field’s speed.

AC generators can be easily stepped up and stepped down through transformers. Losses in AC generators are relatively lesser than in DC machines.

In which part of the AC generator is the output generated?

The output is generated in the armature.