Density is the amount of mass in a unit volume of matter, every substance has a different density, to understand the idea of density let’s conduct an experiment, we will need a tall glass cup, honey, water, coconut oil, and food coloring,

Step2: Pour a one-quarter cup of colored water gently on top of the honey.

Step3: pour a one-quarter cup of coconut oil on top of the colored water.

What is Relative Density?

Now your assignment would be to calculate the relative density of all these materials with respect to rubbing alcohol and not with water.

Why does relative density have no unit?

Relative density is the ratio of two similar quantities, so it does not have a unit.

Is the relative density of a material constant?

What is the difference between density and relative density?

What is the common unit of density?

At what temperature, the density of water is maximum?

At 4°C, water has the maximum density.

The video about specific gravity 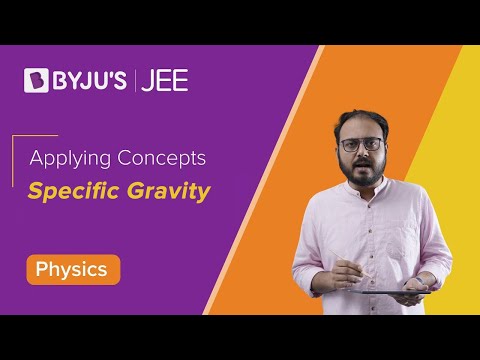 To know more about Archimedes principle, specific gravity, and other related concepts by visiting BYJU’S.