What is V-I Characteristics?

In V-I characteristics, the Voltage, V is on the x-axis, and the current, I is on the y-axis because it is easier to control the applied voltage rather than current. This makes the voltage the independent variable and is hence traditionally placed on the x-axis.

A linear VI curve has a constant slope and hence a constant resistance. Carbon resistors and metals obey Ohm’s law and have constant resistance. This means that the V-I curve is a straight line passing through the origin. An electronic component may exhibit linear characteristics only in a particular region. For example, a diode has a mostly linear behavior in its operating region. 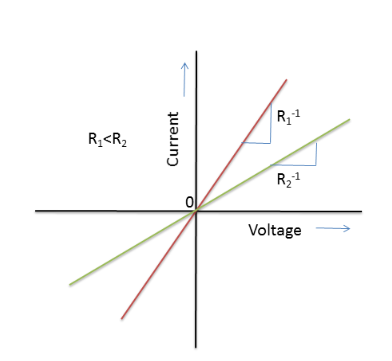 A circuit component has a non-linear characteristic if the resistance is not constant throughout and is some function of voltage or current. The diode, for example, has varying resistance for different values of voltage. However, it has a linear characteristic for a narrow operating region. Note that in the graph below we can also see the maximum forward and reverse voltage in which the diode can be operated without causing breakdown and burning up of the diode. 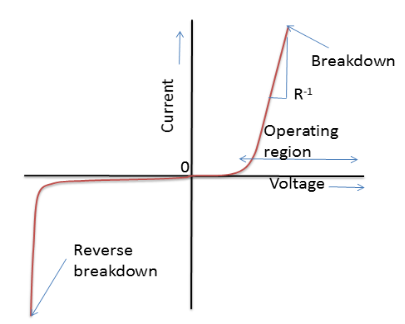 SCR stands for the Silicon Controlled Rectifier which is a three-terminal semiconductor switching device that is used as a controlled switch for rectification, regulation, and inversion of power flow. MOSFET stands for Metal Oxide Semiconductor Field Effect Transistor which is one of the types of FET transistors. These transistors have three terminals and they are a drain (D), source (S), and gate (G), and the fourth terminal is known as substrate. These transistors are classified into two:

The V-I characteristic of MOSFET for both the classifications are given below: LED stands for light-emitting diode which is used in all types of semiconductor diodes with electrical characteristics similar to a PN junction diode.

The V-I characteristic of LED is given below: The V-I characteristic of PN junction diode is given below: A Zener diode is a device which works in the Zener breakdown region. When these diodes are forward biased, they act like p-n junction diode. These diodes have a very thin depletion region as they are heavily doped allowing more electric current than regular p-n junction diodes.

The V-I characteristic of Zener diode is given below: 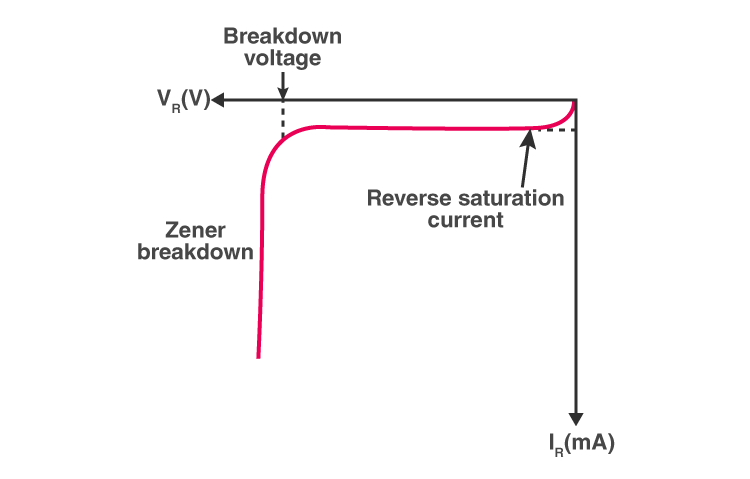 The voltage is the difference in potential between two points in an electric field.

What is the SI unit of voltage?

The SI unit of voltage is volt.

What is meant by an electric current?

An electric current is the flow of electric charges or ions through space or an electric conductor.

What is meant by V-I Characteristics?

What is an LED?

LED stands for light-emitting diode, which is typically used in various light devices.
Test Your Knowledge On Vi Characteristics!
Q5