Projectile Nature of a SatelliteTypes of Satellites

What is a Satellite?

Based on their purpose, there are two kinds of artificial satellites. They are geostationary satellites and polar satellites.

These satellites are placed into orbit at a distance of around 35,800 km from the earth’s surface. They rotate in the same direction as the earth and one revolution of such satellites is the same as one day on earth (roughly 24 hours). This means that, as seen from earth, these satellites will appear to be at the same spot throughout. Hence, the name “geostationary” satellites. These satellites are used as communication satellites and for weather-based applications.

Polar satellites revolve around the earth in a north-south direction around the earth as opposed to east-west like the geostationary satellites. They are very useful in applications where the field vision of the entire earth is required in a single day. Since the entire earth moves below them, this can be done easily. They are used in weather applications where predicting weather and climate-based disasters can be done in a short time. They are also used as relay stations.

The International Space Station (ISS) was launched into orbit in 1998. It is a habitable artificial satellite and sometimes can be seen on nights with a clear sky. It functions as a lab, observatory, and a landing base for possible expeditions.

Projectile Nature of a Satellite: 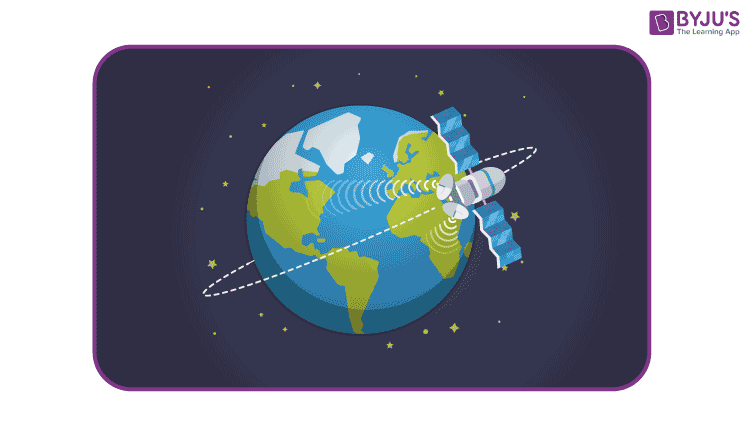 The below video helps in understanding the concepts such as speed and time period of the satellite and also the circular motion: 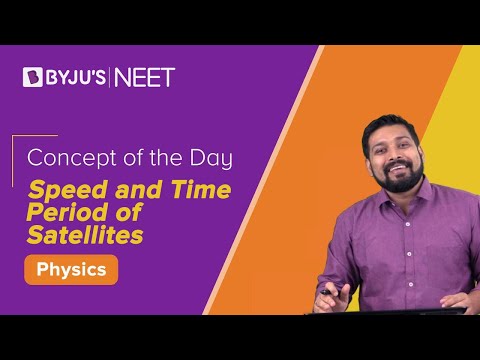 Velocity Needed for an Object to Orbit the Earth in a Circular Pattern:

This entire observation raises a very basic question, that how much velocity is necessary for shooting a body out of the earth’s lower atmosphere and establishing it into the outer one still in the range of the gravitational force. We get the answer by observing the most basic aspect of the earth, measuring its curvature. It has been measured that for every 8000 meters that one goes along the horizon of the earth, the surface dips down by about 5 meters. Thus, applying basic mathematics we get the assumption that if a projectile wants to orbit around the sun, it will have to be at such a speed that it travels 8000 m for every 5 m of downward fall. It was observed that if an object is launched horizontally it will fall by around 5 meters in the first second. Thus, we get to the conclusion that an object that is launched with a velocity of around 8000 m/s will orbit the earth in a circular pattern. This is only applicable when the object experiences an insignificant amount of atmospheric drag. The launched object will travel at a speed of around 8000 meters in a second and will drop around 5 meters but as the earth is spherical and has a curvature that drops 5 meters every 8000 meters, the object will never touch the ground.

Stay tuned with BYJU’S to learn more about satellite, satellite communication, and much more.