What is Electric Flux?

In this section, we will discuss the concept of electric flux, its calculation, and the analogy between the flux of an electric field and that of water. Let us imagine the flow of water with a velocity v in a pipe in a fixed direction, say to the right. If we take the cross-sectional plane of the pipe and consider a small unit area given by ds from that plane, the volumetric flow of the liquid crossing that plane normal to the flow can be given as vds. When the plane is not normal to the flow of the fluid but is inclined at an angle θ, the total volume of liquid crossing the plane per unit time is given as vds.cosθ. Here, dscosθ is the projected area in the plane perpendicular to the flow of the liquid.

The electric field is analogous to the liquid flow in the case shown above. The quantity we will deal with here is not an observable quantity as the liquid we considered above. Let us understand this with the help of the figure below. 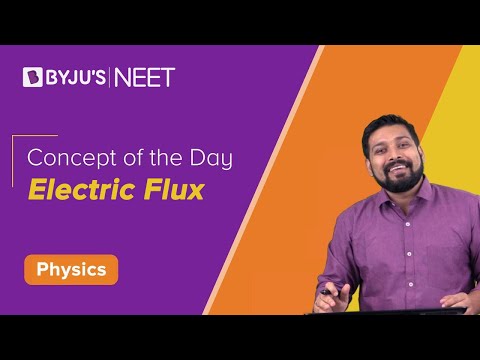 When the same plane is tilted at an angle θ, the projected area is given as Acosθ, and the total flux through this surface is given as:

Watch this enticing video on Electric Flux and reimagine the concept like never before. 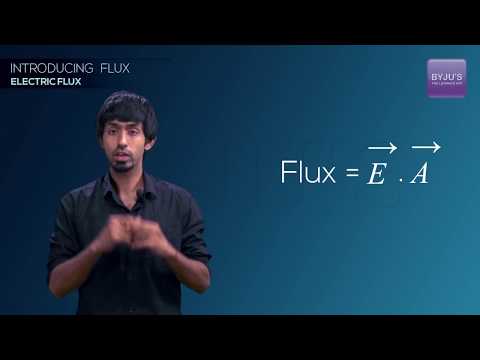 To learn more about electric flux, the electric current in conductors, and other related topics, download “BYJU’S – The Learning App.

See the video below to learn problems based on electric flux, electric charges and fields (Gauss’s law). 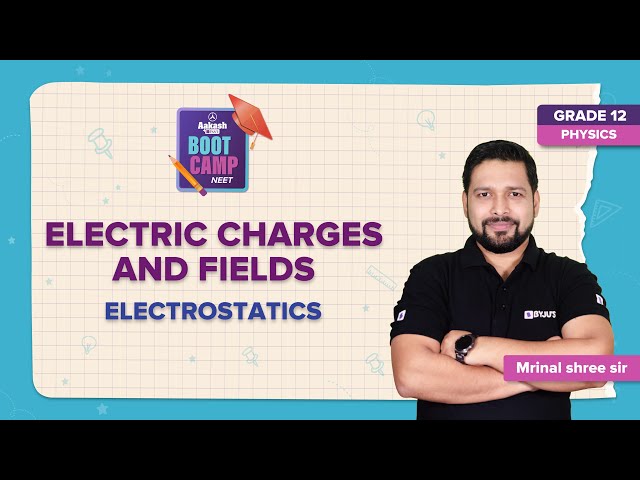 What is an electric field?

What is an electric flux?

The total number of electric field lines passing a given area in a unit time is defined as the electric flux.

What is the basic nature of an electric field line?

An electric field line originates on a positive electric charge and terminates on a negative charge.

What is the connection between electric flux and Gauss’s law?

The mathematical relationship between enclosed charge and electric flux is called Gauss’s law (case of an electric field).

What is the unit of electric flux?

The SI base unit of electric flux is voltmeters (V m).