What is Schottky Diode?

The Schottky Diode is an electronic component that is used to radio frequency (RF) functions like a mixer or a detector diode. It comes useful for functions having power because of possessing low forward voltage drop that would result in power loss at the least levels in comparison to the general PN junction diodes. In some cases, it is sometimes addressed as the surface barrier diode or hot carrier diode.

What is Schottky Diode Symbol? 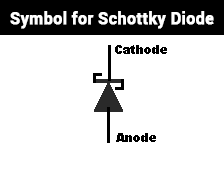 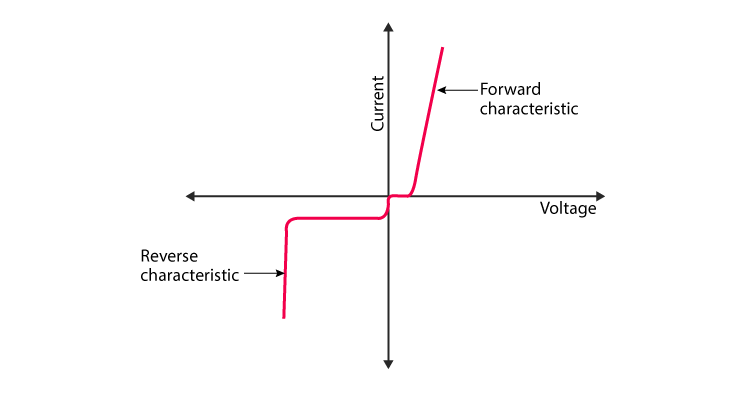 Working of a Schottky Diode

Schottky diodes have been useful for the industry of electronics that has spotted many applications in diode rectifiers because of its unique properties. Here are some major areas where it is widely used.

The Schottky diode consists of its radio frequency functions owing to its switching speed at the highest level and top frequency capability. The Schottky barrier diodes come handy for diode ring mixers with high performance.

The Schottky barrier diodes also have functions with high power as rectifiers. The high density of current and voltage drop with low forward shows that the wastage of power is lesser than the normal PN junction diodes.

This diode would be useful for functions where two different power supplies drive a load like in battery supply. It is important that the power coming from supply should not mix with the others.

As we know,  the solar cells are usually linked to the batteries that are rechargeable, mostly batteries with lead-acid since power supply must be necessary round the clock. Solar cells would not support the applied charge in reverse and thus, a diode would be used in a proportional pattern of the solar cells.

Following are the advantages of Schottky diode:

The only disadvantage of Schottky diode is that the reverse saturation current of the diode is large.

What is the difference between Schottky diode and PN junction diode?

Why is there no reverse recovery time in the diode?

There are no stored charges as the metal-semiconductor junction is used, due to which the switching is faster.

What are the majority charge carriers in a barrier diode?

Why can Schottky diode be switched off much faster than the p-n junction diode?

What is reverse recovery time?

Reverse recovery time of the diode is defined as the time taken by the diode to regain its blocking capability.

What is a blocking diode?

A blocking diode is a diode used to direct the energy flow in one direction in a wire.