What Is Light Energy?

Light energy is a kind of kinetic energy with the ability to make types of light visible to human eyes.  Light is defined as a form of electromagnetic radiation emitted by hot objects like lasers, bulbs, and the sun.

Light contains photons which are minute packets of energy. When an object’s atoms get heated up, it results in the production of photons and this is how photons are produced. The electrons find excitement from the heat and results in earning extra energy. The energy is released in the form of a photon and more photons come out as the substance gets hotter.

Light travels in the form of a wave when it travels. However, no matter is essential to carry the energy along to travel. This is the reason why light can travel through space where there is no air. This is not the case with sound waves since they have to travel through solids, liquids or gas. Light energy is very quick and travels faster than anything. The light speed is equal to 186,282 miles per second.

The sun emits a large amount of electromagnetic radiation. Humans are able to see only a fraction of this energy which is known as ‘visible light’. The way in which solar energy travels is expressed as waves. Scientists can calculate the amount of energy of a wave by measuring its wavelength and distance between consecutive points of a wave(from crest to crest and trough to trough).

Light energy is a form of electromagnetic radiation that can be seen by the human eye. But there are also many commercial and scientific uses of light energy and some of them are listed below.

Light is the only source of food generation for all living organisms. Every organism is dependent on light for their energy and food except a few chemotrophic organisms such as bacteria.

Any organism is able to view the objects around them due to the presence of eyes. But these might be useless without light. The eyes receive the image when light falls on it and the information is sent to the brain. Hence, light let us see objects around us.

The whole world is beautiful due to colours and all these colours are possible due to light. The light consists of many spectra and every spectrum has an individual colour which is broadly specified as VIBGYOR.

Stay tuned with BYJU’S to know more about light energy examples and what is sound energy. 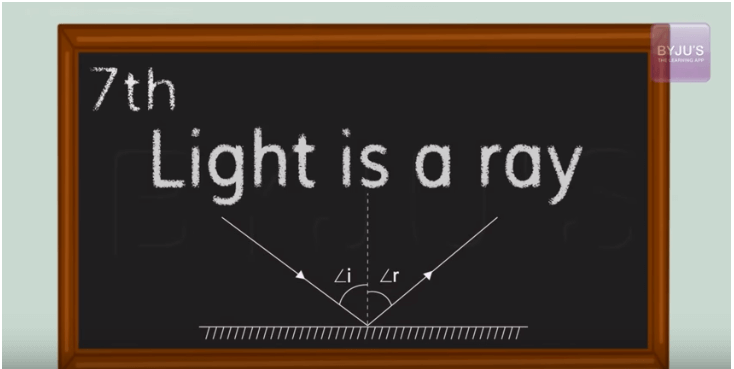 What is light energy?

Light energy is a kind of kinetic energy with the ability to make types of light visible to human eyes. Light is defined as a form of electromagnetic radiation emitted by hot objects like lasers, bulbs, and the sun.

What is the electromagnetic spectrum?

Where in the electromagnetic spectrum is visible light?