When a ray of light approaches a smooth polished surface and the light ray bounces back, it is called the reflection of light. The incident light ray which lands upon the surface is said to be reflected off the surface. The ray that bounces back is called the reflected ray. If a perpendicular were to be drawn on a reflecting surface, it would be called normal. The figure below shows the reflection of an incident beam on a plane mirror.

Here, the angle of incidence and angle of reflection are with respect to normal and the reflective surface. 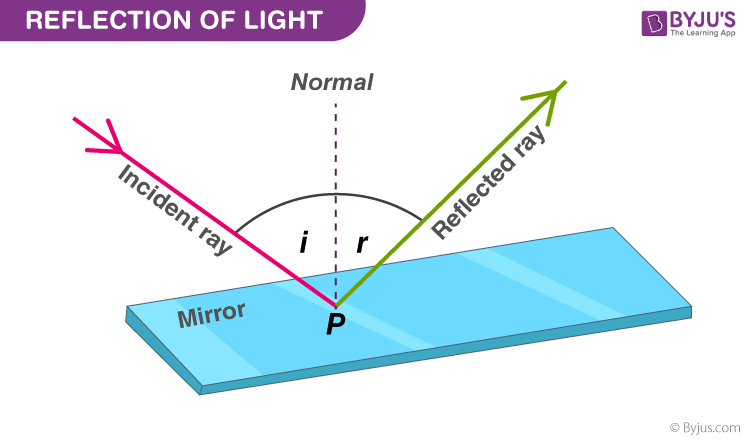 The laws of reflection determine the reflection of incident light rays on reflecting surfaces, like mirrors, smooth metal surfaces and clear water. Let’s consider a plane mirror as shown in the figure above. The law of reflection states that 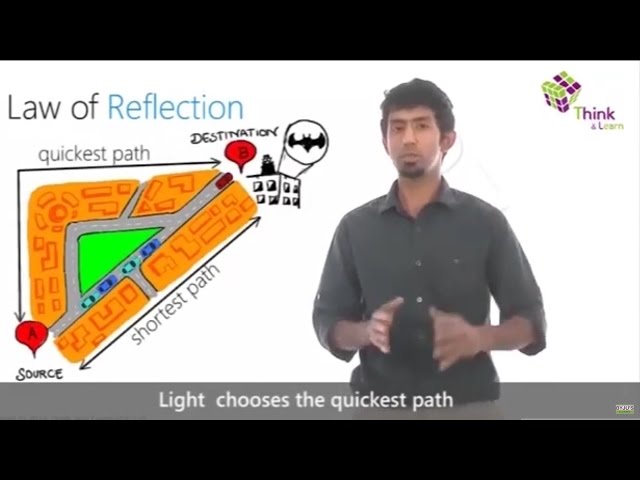 Types of Reflection of Light

Different types of reflection of light are briefly discussed below:

Specular Reflection refers to a clear and sharp reflection, like the ones you get in a mirror. A mirror is made of glass which is coated with a uniform layer of a highly reflective material such as powder. This reflective surface reflects almost all the light incident on it uniformly. There is not much variation in the angles of reflections between various points. This means that the haziness and the blurring are almost entirely eliminated.

Reflective surface other than mirrors, in general, has a very rough finish. This may be due to wear and tear such as scratches and dents or dirt on the surface. Sometimes even the material of which the surface is made of matters. All this leads to a loss of both the brightness and the quality of the reflection.

A single image is formed when an object is placed in front of a mirror. What happens if we use two mirrors? Since reflective surfaces such as mirrors are very good at preserving the intensity of light in a reflection, a single source of light can be reflected multiple times. This multiple reflection is possible until the intensity of light becomes low until the point that we cannot see. This means that we can have almost infinite multiple reflections. We can also see an image at every individual reflection. This means that each image is the result of an image or an image of an image.

Stay tuned with “BYJU’S – The learning app” for more such interesting information with engaging videos!