Optical instruments are the devices which process light wave to enhance an image for a more clear view. The use of optical instruments, such as a magnifying lens or any complicated device like a microscope or telescope, usually makes things bigger and helps us to see in a more detailed manner. The use of converging lenses makes things appear larger, and on the other hand, diverging lenses always get you smaller images.

A microscope has two converging lenses. This is because it is easier to get higher magnification with two lenses rather than just one. Use of one lens can magnify 5 times more and using a second will magnify 7 times, and you will get an overall magnification of 35 which is not possible in one lens. It’s an easy procedure than to get magnification by a factor of 35 with a single lens. A ray diagram of the microscope arrangement is given below. Here you can see the image is the object for the second lens and the image formed by the second lens is the image that you would see when you looked through the microscope. 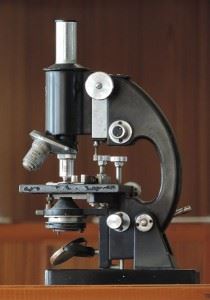 As we use a telescope to view an object that is a very distant place, therefore, a telescope needs at least two lenses. The first lens forms a diminished image which is nearer to its focal point. This device is designed in a way so that real and inverted image formed by the first lens is just nearer to the second lens than its focal length. With the help of a magnifying glass, we get an enlarged image that is virtual. The final image then inverted with respect to the object. This doesn’t really matter with the astronomical telescope. While observing an object which is on earth, we usually prefer a straight image that is obtained using the third lens. 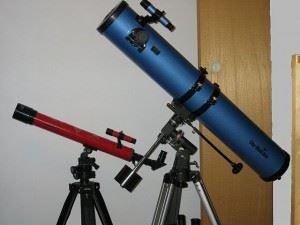 Stay tuned with BYJU’S to learn more about optical instruments, lens, and much more.

Why are converging lenses used?

Why are diverging lenses used?

What are optical instruments?

Optical instruments are devices which process light wave to enhance an image for a more clear view.

How many converging lenses does a microscope use?