Difference Between Density and Specific Gravity

There is a noticeable difference between density and specific gravity, even though both are used to represent mass and are used to compare different substances. Density is the property of matter represented by a ratio of mass to a unit volume of matter. Specific gravity which is also called as relative density is a measure of density with respect to a density of pure water. There are many properties of water, such as conductivity of water and many more. 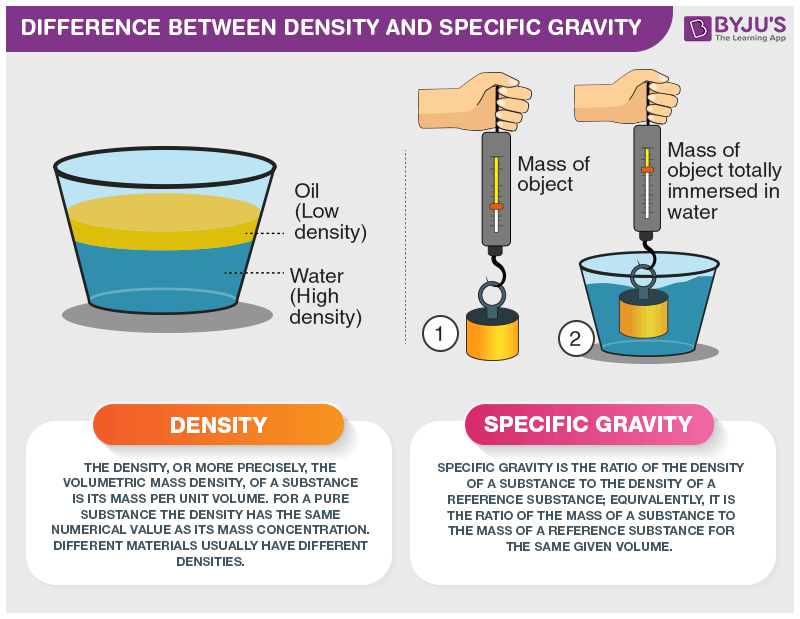 Difference Between Specific Gravity and Density

If a material has a specific gravity less than 1, it will float on water.

It is represented as,

Density, on the other hand, is represented as,

And it is represented in kilograms per cubic meter

These were some difference between specific gravity (relative density) and density. If you wish to find out more, download BYJU’S – The Learning App.

Test your knowledge on Density and specific gravity difference
Q5