Any matter which is made up of atoms and molecules has the ability to transfer heat. The atoms are in different types of motion at any time. The motion of molecules and atoms is responsible for heat or thermal energy and every matter has this thermal energy. The more the motion of molecules, more will be the heat energy. However, talking about heat transfer, it is nothing but the process of transfer of heat from the high-temperature body to a low temperature one.

According to thermodynamic systems, heat transfer is defined as

The movement of heat across the border of the system due to a difference in temperature between the system and its surroundings.

Interestingly, the difference in temperature is said to be a ‘potential’ that causes the transfer of heat from one point to another. Besides, heat is also known as flux. 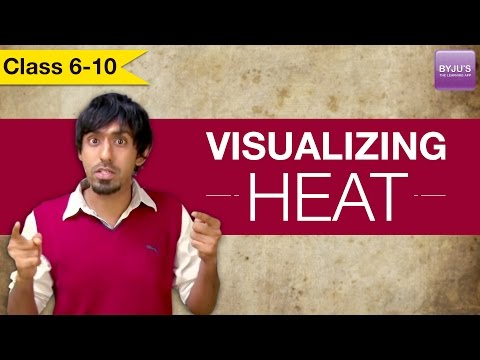 How is Heat Transferred?

Heat can travel from one place to another in several ways. The different modes of heat transfer include:

Meanwhile, if the temperature difference exists between the two systems, heat will find a way to transfer from the higher to the lower system.

Conduction is defined as

The coefficient of thermal conductivity shows that a metal body conducts heat better when it comes to conduction. The rate of conduction can be calculated by the following equation:

Following are the examples of conduction:

Convection is defined as

As the temperature of the liquid increases, the liquid’s volume also has to increase by the same factor and this effect is known as displacement. The equation to calculate the rate of convection is as follows:

Examples of convection include:

Radiant heat is present in some or other form in our daily lives. Thermal radiations are referred to as radiant heat. Thermal radiation is generated by the emission of electromagnetic waves. These waves carry away the energy from the emitting body. Radiation takes place through a vacuum or transparent medium which can be either solid or liquid. Thermal radiation is the result of the random motion of molecules in the matter. The movement of charged electrons and protons is responsible for the emission of electromagnetic radiation. Let us know more about radiation heat transfer.

As temperature rises, the wavelengths in the spectra of the radiation emitted decreases and shorter wavelengths radiations are emitted. Thermal radiation can be calculated by Stefan-Boltzmann law:

Following are the examples of radiation:

The different modes of heat transfer are:

Give an example for radiation.

Example: UV rays coming from the sun.
Microwave radiation emitted in the oven.

What is the SI unit of heat?

SI unit of heat is Joules.

How is electromagnetic radiation emitted?

Electromagnetic radiations are emitted through the movement of charged electrons and protons.

It is known as convection.