How Do We Hear Sound Through Ear? 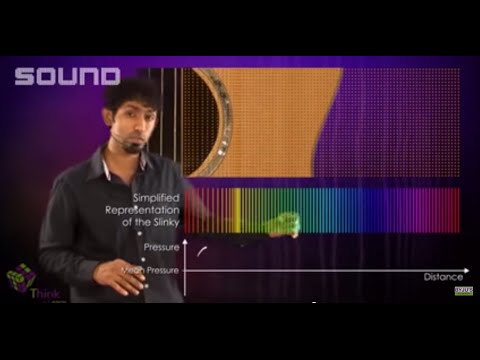 The sound is one of the most beautiful forms of energy. It’s probably the first thing we experience in the morning when we wake up – we hear the sound of birds chirping or the alarm clock ringing. Sound fills our usual life with excitement. We hear these sounds through our ears. Let’s learn more about the structure of an ear, how it helps us to hear a sound.

A sound produced by objects like drum or alarm clock is carried away from the object to the ears through the air which acts as the medium. The sound produced is in the form of vibration. It first enters the ears through the funnel-shaped outer part of the ear. It moves down through a canal till the eardrum (the thin membrane is stretched tightly). Eardrum plays an important role in the functioning of the ears. The vibrations produced by the objects reach until the eardrum through the air. These vibrations produced to make the eardrum vibrate.  And then the vibrations are passed to the inner ear through middle ear bones or ossicles. The shape of the inner ear is like a snail. The inner ear is also termed as the cochlea. There are a numerous number of tiny hair cells present inside the cochlea. These hair cells convert the vibrations into electrical signals which are then transferred to the brain through the auditory nerve.  This is how we detect sound or noise. 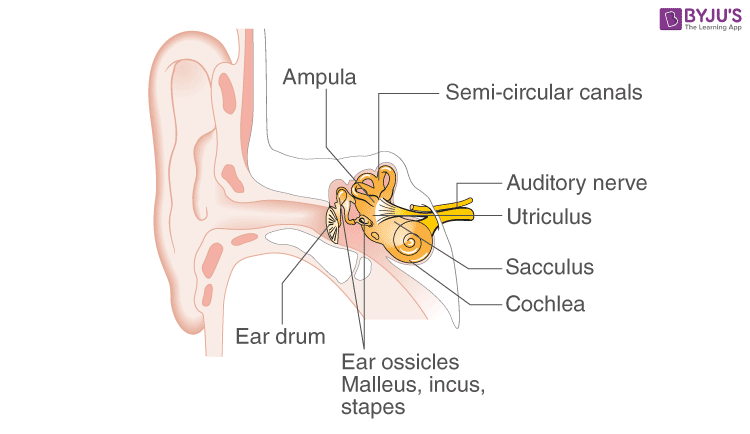 In this process, our body changes the sound energy into nerve impulses which are then interpreted by our brain. Each hair cell consists of small stereocilia attached at the top of it. Sound moves the stereocilia back and forth. Stereocilia can be bent or broken if the sound detected is loud. This may lead to dead hair cells due to which no more sound can be transferred to the brain.

The flowchart given below explains how sound is perceived through ears more clearly:

This article briefly discusses sound and how do we hear sound through ears. To know more about the topic, download BYJU’S – The Learning App.

Sound is a vibration that propagates as an audible wave of pressure, through a medium such as a gas, liquid or solid.

What is a soundwave?

A sound wave is the pattern of disturbance caused by the energy travelling away from the source of the sound. Sound waves are longitudinal waves. This means that the propagation of vibration of particles is parallel to the energy wave propagation direction.

Human ear consists of how many parts?

Acoustics is the science that deals with the study of sound and its production, transmission, and effects.

What is acoustic energy?

Acoustic energy can be defined as the disturbance of energy which passes through matter in the form of a wave. In other words, the energy concerning the mechanical vibrations from its components is called Acoustic Energy.
Test your knowledge on How do we hear sound through ear
Q5