It is important to quantify the current flowing in a system because it will enable us to assess the performance of the circuit to be defined. To do this, it is necessary to have a unit. Ampere or, the amp as it is often called, is the required unit for the same. An ampere is equivalent to a charge of one Coulomb per second. In this article, let us discuss in detail about the unit of current.

The original Ampere definition was different. It used to be one-tenth of the unit of electric current in centimetre – gram – second system of units. Now, those units are called abampere, which is defined as the amount of current that produces a force of two dynes per centimetre of length in between two wires that are at a one-centimetre distance.

Ampere or ‘amp’ is a unit of electric current denoted by A. It is named after the French Physicist and Mathematician Andre-Marie Ampere, who is considered as the ‘Father of Electrodynamics’. The rate of electron flow in an electrical conductor is measured in Ampere. One ampere of current represents one coulomb of electrical charge, i.e. 6.24×1018 charge carriers, moving in one second. In other words, an ampere is the amount of current produced by the force of one volt acting through a resistance of one ohm. It is one of the seven basic SI units. It is to be noted that, ampere and Coulomb are two different units. Coulomb is also called as Ampere – second or Ampere – hour. As per SI units, constant and average current are expressed in Amperes. The relationship between ampere and Coloumb is given as follows:

An Ampere can be defined as:

At any given point in an area experiencing current, if the charge on particles moving through it increases, the Ampere value will increase proportionately. Unit conversion is crucial in solving problems. Below is the list of ampere conversion from one scale to another.

Conversion of amps (A) to kiloamps(kA):

One kiloamp (kA) is equal to a thousand amps (A).

For example, 5 amperes of current can be converted to kiloamperes as follows:

Conversion amps (A) to milliamps (mA):

One milliampere is equal to 1000 amperes.

For example, 2 A to milliampere is converted as follows:

Conversion of amps (A) to microamps (μA):

For example, 5 A is converted to microamps as follows:

Relationship Between Current and Voltage

Amps can be calculated using volts (V), watts (W) and ohms (Ω) but you cannot convert these units to amps as these represent different quantities.

Calculation of amps with Watts and Voltage

P = V × I
Now, current from the above equation can be calculated as follows:

For example, what is the current flow in a circuit that consumes 50 W of power and has a supply voltage of 10 V?

Using the equation, we can calculate the current as follows:

Calculation of amps with Volts and Ohms

We know that resistance of a circuit can be calculated using the following formula:

V = I × R
The current from the above equation can be calculated as follows:

For example, the current in a circuit having a voltage of 25 V with a resistance of 5 Ω can be calculated as follows: 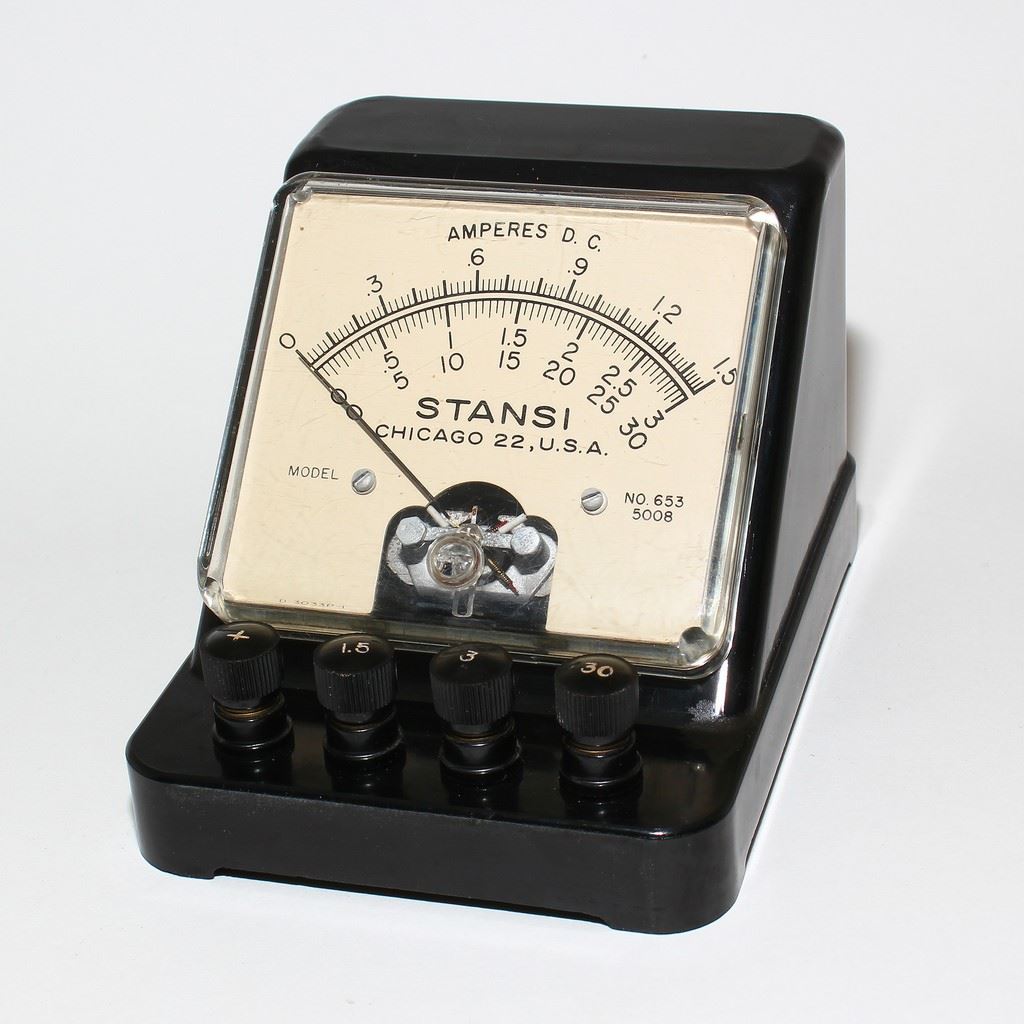 The ammeter cannot be connected in parallel to the load because of its low resistance. If it is connected in parallel it becomes a short circuit path allowing all the current to flow through it which may be lead to the burning of meter due to the high value of current. An ideal ammeter has zero impedance so that the power loss in the instrument is zero. But this ideal condition is not achievable practically.

Based on the type of current that flows through it, it is classified as follows:

The DC ammeters are mostly permanent moving coil type ammeter. The other types of ammeter can measure both AC and DC current.

A current of 1 A is equivalent to transferring 6.24 × 10 18 charge carriers through a specific point in a second.

Q.3) How many electrons are in one Ampere?

One Ampere represents a flow of one coulomb of electrical charge per second. It takes 6.25 x 10^18 electrons to make up 1 coulomb of charge.

André-Marie Ampère was a French physicist who founded and named the science of electrodynamics, now known as electromagnetism.

Stay tuned with BYJU’S to learn more about Ampere law, electric current and much more.

Test your knowledge on Ampere
Q5