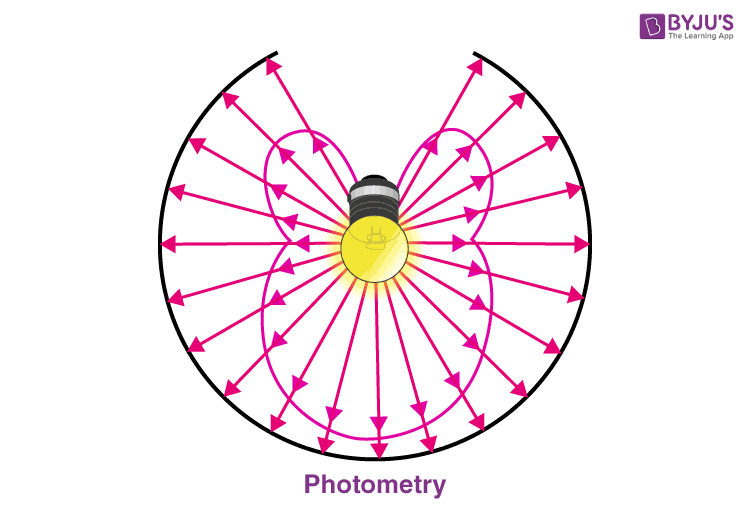 In optics, the science of measurement of the light is known as Photometry. It also measures the human visual response to light. As the eye is the most complex organ in the human body, it is really a difficult task to study the eye. It involves the meeting of many disciplines: physiology, psychology, and physics them.

The basic unit of measurement used in photometry is the lumen. This term is related to its radiometric analog, the Watt.

The measurement of the brightness of the light which a human eye can perceive is called Photometry. It is different from radiometry. Radiometry involves measuring and predicting levels of optical radiation.

Photometry is primarily based on photopic responses. Thus, the photometric measurements may not exactly predict the discerned brightness in dim lighting conditions. For example: under moonlight or starlight.

It was only in 1924, photometry becomes a modern science when the Commission Internationale de l’Eclairage (CIE) met to define the response of the average human eye.

The Commission measured the light-adapted eyes on a group of people and jotted down the data in a photopic curve. The curve revealed that people responded strongest to the colour green, and are less sensitive to the spectral extremes, red and violet.

Stay tuned with BYJU’S to learn more about photometry, the human eye, and much more. Also, register to “BYJU’S – The Learning App” for loads of interactive, engaging Physics-related videos and an unlimited academic assist.

Test your Knowledge on Photometry
Q5