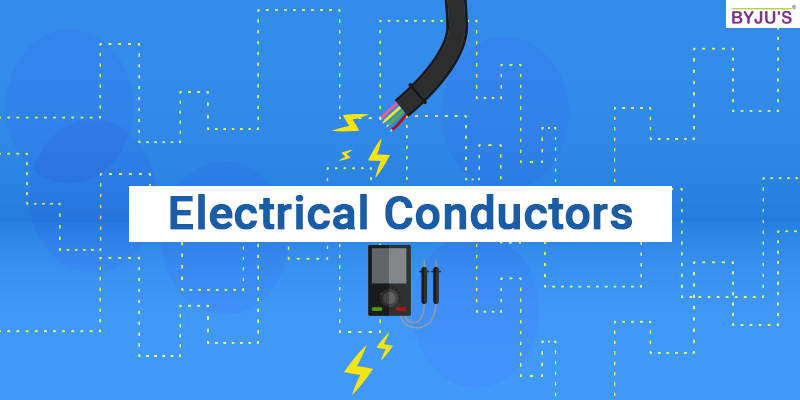 Each material is different and has its characteristics and properties. Some materials have electrically charged particles known as electrons. These electrons electric charge is applied to the material at specific points; the electrons start to move and allow electricity to pass through it. The ability of the material to pass electricity through it is known as conductivity. Depending on the conductivity, materials are classified as conductors, insulators and superconductors.

What is an Electrical Conductor?

If you have to define the meaning of electrical conductors in the simplest way, they are materials that allow electricity to flow through them easily. If we compare two types of material and the first one allows better flow of electricity through it, then that material is said to be a good conductor of electricity.

Some examples of conductors of electricity are

An electrical conductor allows the electric charges to easily flow through them. The property of conductors to “conduct” electricity is called conductivity. Such materials offer less opposition or “resistance” to the flow of charges. Conducting materials allow easy charge transfer because of the free movement of electrons through them.

Most conducting materials used for practical applications are metals. For example, the wire around your house probably uses copper wires as conducting materials or their alloys. The electric plugs have metal in them, and the internal mechanism of your electric irons also use metals as their conducting material. This is because metals have lots of free electrons and promote mobility. Some of the best metal conductors are Silver (Ag), Copper (Cu) and Gold (Au).

The more free electrons present in a metal, the greater its conductivity. Comparatively, silver has better electrical conductivity than copper and gold. Since silver is far more expensive than copper, copper finds its application in all household appliances and circuits.

Aluminium is also one of the best conductor of electricity which has a conductivity slightly lesser than copper. It is used in the internal wiring of the home, and most commonly it is used in combination with copper.

Silver oxide batteries are widely used in watches and hearing aids since it is light-weight and durable.

Conductors in their solution form are called ionic conductors. For example, saltwater is an ionic solution and is a good conductor of electricity.

A conductor exhibits the following properties in equilibrium condition:

Many metals are good conductors of electricity. This is the reason why parts of appliances that need to pass electricity are made of metals. The plastic covering that surrounds an electrical conductor is known as insulators. It prevents us from getting an electric shock.

The superconductor is a material that offers no resistance to the flow of electrons and conducts electricity. The superconductivity phenomenon was discovered by Heike Kamerlingh Onnes, the Dutch Physicist in the year 1911. Superconductors are elements or metallic alloy, when cooled below a certain threshold temperature, lose electrical resistance property and become superconductors.

Some of the best superconductors are niobium, cuprate, magnesium and diboride.

What is the inverse of conductance called?

The inverse of conductance is called resistance

Since metals are good conductors of electricity, electric wires are made of copper wires. True or False?

True. Electric wires are made of metal wires because they are good conductors of electricity.

Glass, Plastic and Air are some common examples of insulators.

Among the following, which is the best conductor of electricity?

Among the following, copper is a good conductor of electricity.