Magnetic Field is the region around a magnetic material or a moving electric charge within which the force of magnetism acts. 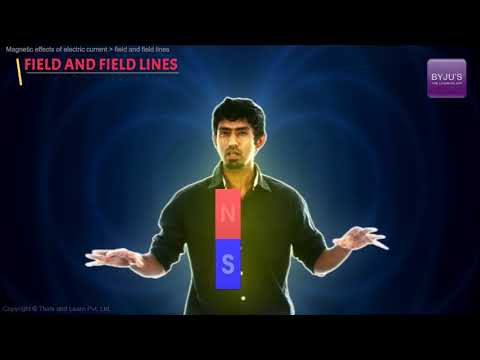 Typically, a magnetic field can be illustrated in two different ways.

The magnetic field can be mathematically described as a vector field. The vector field is a set of many vectors that are drawn on a grid. In this case, each vector points in the direction that a compass would point and has a length that is dependent on the strength of the magnetic force. 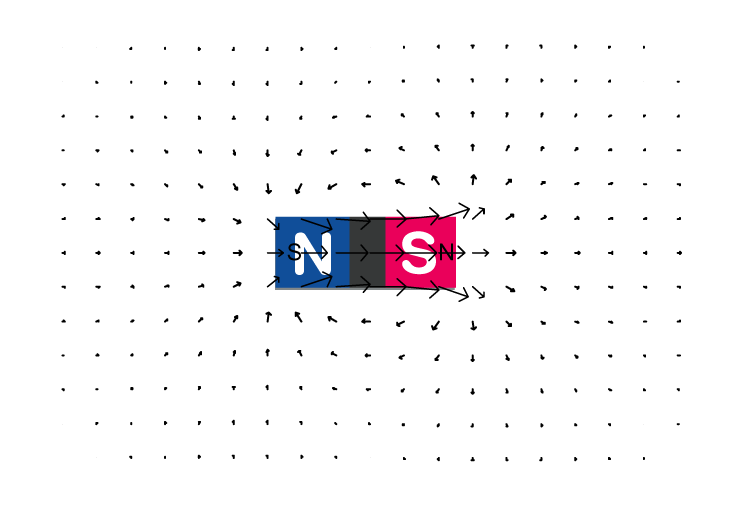 Vector Field of a Bar Magnet

The use of field lines is an alternative way to represent the information contained within a magnetic vector field. Magnetic field lines are imaginary lines.

Magnetic field lines are a visual tool used to represent magnetic fields. They describe the direction of the magnetic force on a north monopole at any given position

The density of the lines indicates the magnitude of the field. Taking an instance, the magnetic field is stronger and crowded near the poles of a magnet. As we move away from the poles it is weak and the lines become less dense.

How does a Magnetic Field Originate?

The magnetic field arises when a charge is in motion. There are two basic ways through which we can arrange for a charge to be in motion and generate a useful magnetic field. Following are the two ways:

Motion of Electrons around the Nuclei of Atoms

Permanent magnets work based on the motion of electrons around the nuclei. We have observed that only some materials can be made into magnets and some much stronger than others. To attain this state, some specific conditions should be met:

Why are magnetic flux lines important?

Magnetic flux lines are important because of the following reasons:

What causes the Earth’s magnetic field?

The waves that are propagated by simultaneous periodic variations of electric and magnetic field intensity are Yes called electromagnetic waves.

Yes, there are magnetic fields in space. The spiral arms of the Milky Way seem to have some very large-scale organized magnetic field on the basis of studies of large numbers of pulsars and the polarization of their radio signals. Interstellar dust clouds have been found to have magnetic fields. As these clouds collapse, the fields are amplified.
Test your Knowledge on magnetic field
Q5