What is a Linear Accelerator?

A linear accelerator also known as linear particle accelerator has many applications such as they generate X-rays and high energy electrons for medicinal purposes in radiation therapy, serve as particle injectors for higher-energy accelerators, and are used directly to achieve the highest kinetic energy for light particles (electrons and positrons) for particle physics. 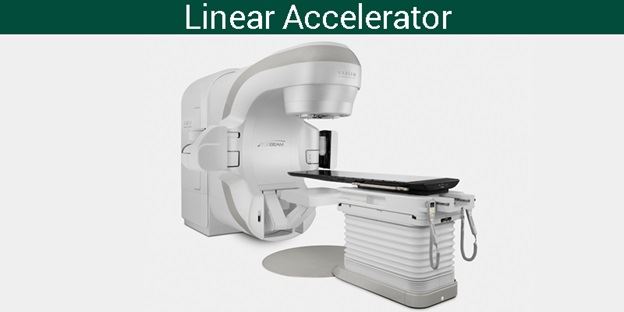 How does a linear accelerator work?

As electrons are accelerating, their velocity becomes bigger and they travel a longer distance in the same time. That is the reason why drift tubes must be longer as electrons come closer to target; because of their greater velocity. If the very great velocity is needed, because of long drift tubes and a big number of drift tubes, linac must be very long.

How is safety ensured?

The patient’s safety is most important and is assured in many ways. Some safety measures of a linear accelerator are provided below:

Stay tuned with BYJU’S to learn more physics concepts with the help of interactive video lessons.