Magnetic Poles and Their Significance

The magnetic pole is the region where the external magnetic field is the strongest at each end of a magnet. A pole of a magnet may refer to a magnetic monopole, a hypothetical elementary particle. The magnetic poles of the astronomical bodies are a special case of magnets. 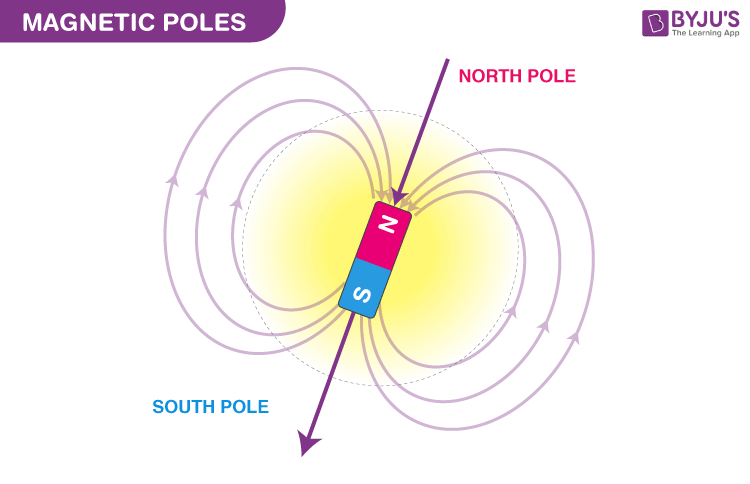 When a bar magnet is suspended in the Earth’s magnetic field, orients itself in a north-south direction. The north-seeking pole of such a magnet, or any similar pole, is called a north magnetic pole. The south-seeking pole, or any pole similar to it, is called a south magnetic pole. The unlike poles of different magnets tend to attract each other, while the like poles are known to repel each other.

The bar magnet is an easy device to visualize the magnetic poles. The two ends of a permanent magnet are called the poles of a magnet. The force exerted by a magnet is depicted using curved lines with arrows. These lines of force, along with the magnetic field surrounding the magnet, are known as magnetic field lines. The arrows on the lines show the direction of a magnetic force, i.e. from the North Pole to the magnet’s South Pole. 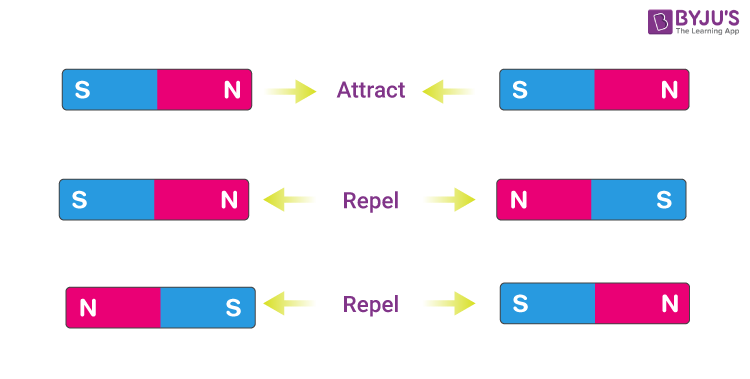 Bar Magnet: Opposite poles attract while the same poles repel each other.

Breaking a magnet into two does not mean its North pole and the South Pole become isolated. Each half is found to have its own north and south poles.

Following is the table of links related to magnetic property:

An object that has the ability to generate a magnetic field is known as a Magnet. A magnet has the ability to attract ferrous objects like iron, steel, nickel and cobalt. In the early days, around 600 B.C. the Greeks observed that the naturally occurring ‘lodestone’ attracted iron pieces and this paved a way for the study of magnets. Today, magnets are very common as they can be made artificially, giving various shapes and sizes.

The best example of common magnets seen in our household is the bar magnet. A bar magnet, in general, is a long, rectangular object with a uniform cross-section that attracts pieces of ferrous objects. There are two different poles of a magnet; the north pole and the south pole. The magnetic compass needle is also a commonly used device which has helped sailors in navigation in the early days, as well as today. The needle is a small magnet which is free to move horizontally on a pivot. The two poles
of the compass needle point toward the north and south directions.

Do you know what a compass is and why do the needles in a compass move the way they move? Watch the video to find answers to these questions! 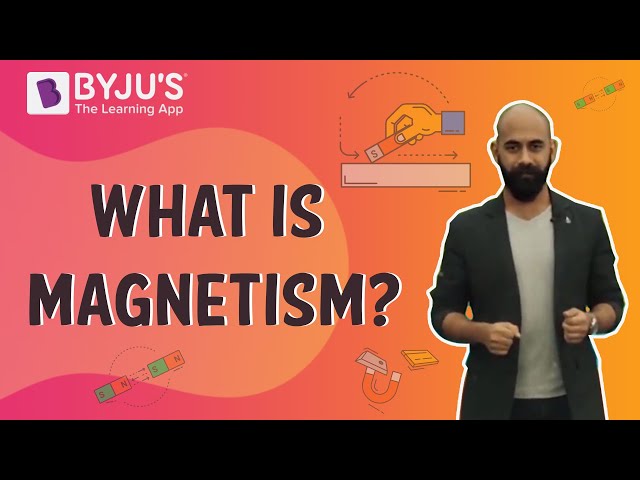 A magnet is an object or material that generates a magnetic field.

What are the two poles of a magnet?

The north pole and south pole are the two poles of a magnet.

Does the Earth have magnetic poles?

What are the main types of magnets?

Permanent magnets and electromagnets are two main types of magnets.

What happens when a magnet is split into smaller pieces?

Splitting a magnet into two does not mean its north pole and the south pole become isolated. Each half is found to have its own individual north and south poles.