A Magnetic field is generally interpreted as a region where the force of magnetism acts. This force of magnetism is generally produced as a result of moving charge or some magnetic material. The origin of this interpretation dates back to the 19th century. During the early years of the 19th century, a scientist named H. C. Oersted discovered that a current-carrying conductor produces a magnetic effect around it. Although science and technology were not as developed as they are today, based on observations, it was already known that the effect of lightning, striking a ship caused the malfunctioning of compass needles, disrupting the navigation system. People then knew that lightning was a form of electricity and also the fact that the working of a compass is based on the earth’s magnetic field. This suggested a relationship between the two, the moving electric charge (current) and the magnetic field.

To learn about magnetic field due to current carrying conductor, click on the video below. 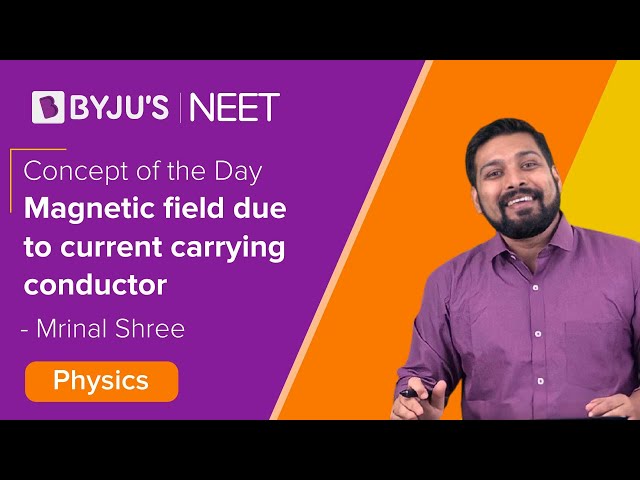 Current is generally defined as the rate of flow of charge. We already know that stationary charges produce an electric field which is proportional to the magnitude of the charge. The same principle can be applied here, moving charges produce magnetic fields which are proportional to the current and hence a current carrying conductor produces magnetic effect around it. This magnetic field is generally attributed to the sub-atomic particles in the conductor, for e.g. the moving electrons in the atomic orbitals. 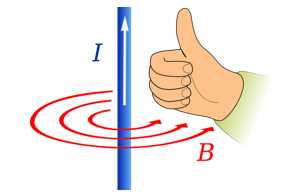 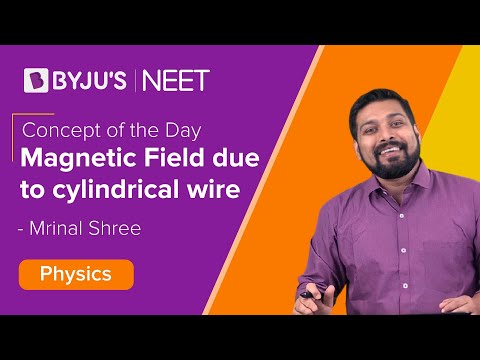 Characteristics Of Magnetic Field Due To Current Carrying Conductor

The magnetic field produced due to a current-carrying conductor has the following characteristics:

It’s difficult to comprehend the role of magnetism in our lives as we can’t see them. Take a look around and the realization of its importance will not be as difficult. The motors that are used so extensively around the world whether it’s a toy car or a bullet train or an aircraft or a spaceship they all use the same magnetic effect. A magnetic field is a physical field that is a projection of magnetic influence on travelling charges, magnetic materials and electric currents.

What is an electric current?

An electric current is a flow of charged particles (ions or electrons) travelling through an electrical conductor or space. It is calculated as the total rate of flow of electric charges through a conducting material or space.

What is an electrical conductor?

What are the main characteristics of the magnetic field due to the current-carrying conductor?

Give a few examples of electrical conductors.