Energy is required for the evolution of life forms on earth. In physics, it is defined as the capacity to do work. We know that energy exists in different forms in nature. You have learned about various forms of energy – heat, electrical, chemical, nuclear, etc. In this article, we will learn about the laws and principles that govern energy. This law is known as the law of conservation of energy.

What is the Law of Conservation of Energy?

In a closed system, i.e., a system that is isolated from its surroundings, the total energy of the system is conserved. 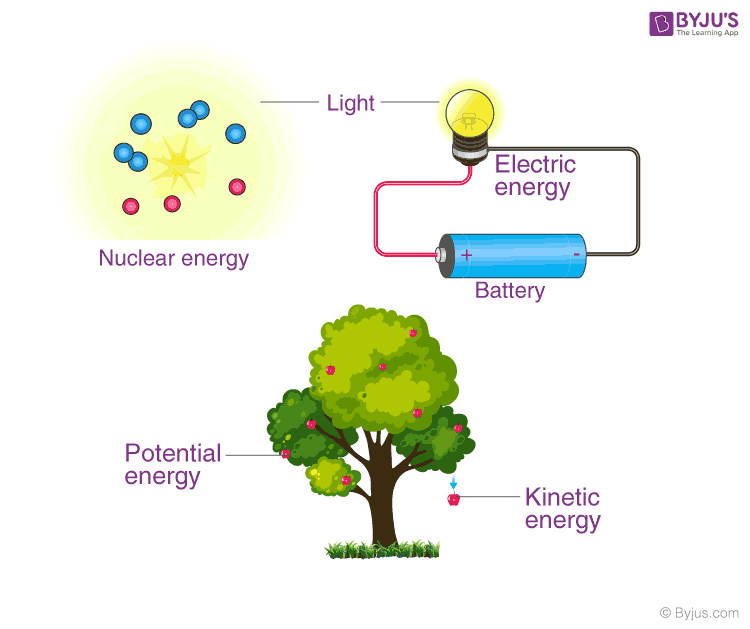 The amount of energy in any system is determined by the following equation:

Law of Conservation of Energy Derivation

Considering the potential energy at the surface of the earth to be zero. Let us see an example of a fruit falling from a tree.

Consider a point A, which is at height ‘H’ from the ground on the tree, the velocity of the fruit is zero hence potential energy is maximum there.

When the fruit is falling, its potential energy is decreasing and kinetic energy is increasing.

At point B, which is near the bottom of the tree, the fruit is falling freely under gravity and is at a height X from the ground, and it has speed as it reaches point B. So, at this point, it will have both kinetic and potential energy.

According to third equation of motion,

Similarly, if we see the energy at point C, which is at the bottom of the tree, it will come out to be mgH. We can see as the fruit is falling to the bottom and here, potential energy is getting converted into kinetic energy. So there must be a point where kinetic energy becomes equal to potential energy. Suppose we need to find that height ‘x’ from the ground. We know at that point,

E2 is the new energy

H2 is the new height.

As the body is at height X from the ground,

H2 is referred to the new height 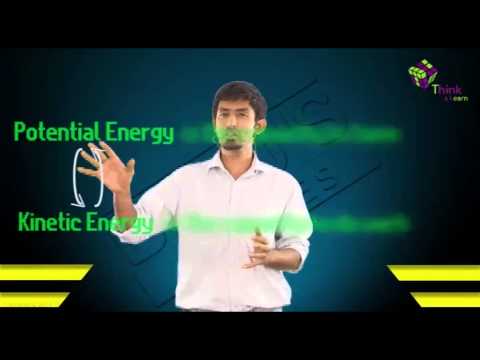 Energy conservation is not about limiting the use of resources which will finally run out altogether. The ideal way of conservation would be reducing demand on a limited supply and enabling that supply to begin to rebuild itself. Many times the best way of doing this is to replace the energy used with an alternative.

Law of Conservation of Energy Examples:

In Physics, most of the inventions rely on the fact that energy is conserved when it is transferred from one form to another. A number of electrical and mechanical devices operate solely on the law of conservation of energy. We will discuss a few examples here.

Stay tuned with BYJU’S to learn more about the law of conservation of energy, heat energy, and much more.