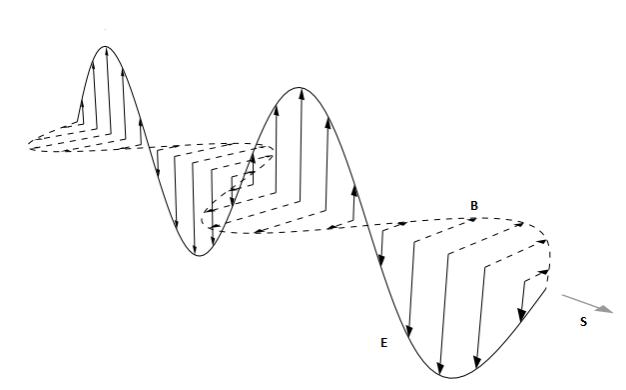 \(\begin{array}{l}\overrightarrow{S}\end{array} \)
. However, there are infinitely many such planes, and light that contains fields randomly distributed along all these planes are said to be unpolarized as shown. Since the electric fields can be vectorially resolved along with any perpendicular directions, the representation of unpolarized light can be shown as on the right. 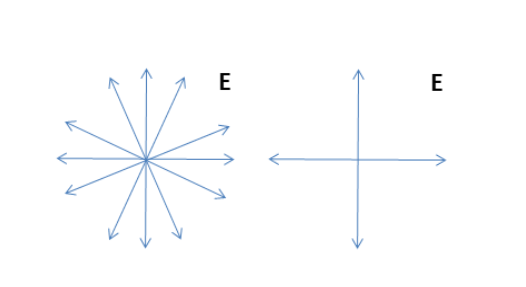 Plane polarized light, on the other hand, contains light with the electric field (and hence the magnetic field) along only one plane as shown below: 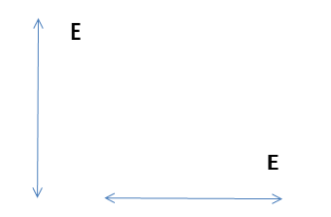 What is the Plane of Polarization?

A polarizing filter produces polarized light from unpolarized light by selectively allowing electric fields (and thus magnetic fields) along a single plane known as the plane of polarization.

What is Polarizing Direction?

The direction of the electric field upon polarization is known as the polarizing direction.

The intensity of fully unpolarized light upon passing through a polarizing sheet is half the original intensity ie, 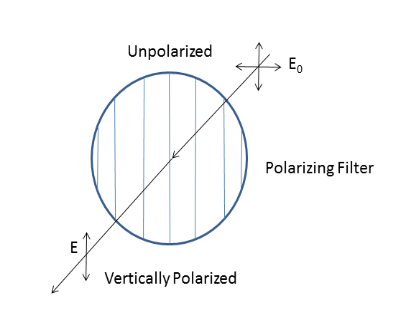 If a filter encounters plane-polarized light at an angle

This ability of these filters to reduce the intensity of light is the primary use of Polaroid.

Note the increased contrast on the right.

Stay tuned with BYJU’S to learn more about electromagnetic waves, the polarization of light, and much more.