What are Energy Bands? 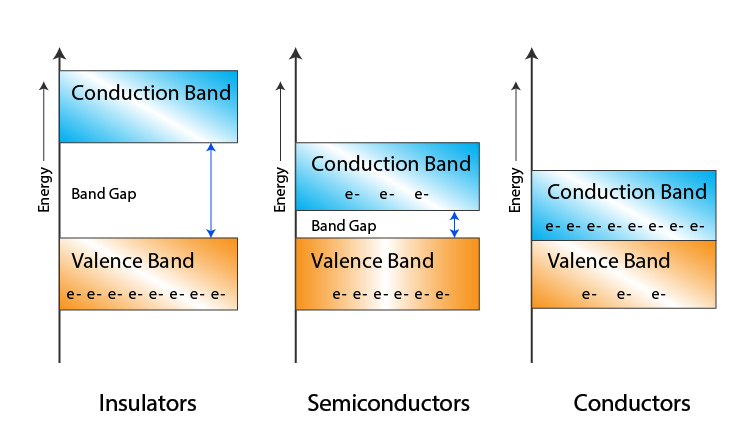 Gold, Aluminum, Silver, Copper, all these metals allow an electric current to flow through them.

There is no forbidden gap between the valence band and conduction band which results in the overlapping of both the bands. The number of free electrons available at room temperature is large.

Glass and wood are examples of the insulator. These substances do not allow electricity to pass through them. They have high resistivity and very low conductivity.

The energy gap in the insulator is very high up to 7eV. The material cannot conduct because the movement of the electrons from the valence band to the conduction band is not possible.

Germanium and Silicon are the most preferable material whose electrical properties lie in between semiconductors and insulators. The energy band diagram of semiconductor is shown where the conduction band is empty and the valence band is completely filled but the forbidden gap between the two bands is very small that is about 1eV. For Germanium, the forbidden gap is 0.72eV and for Silicon, it is 1.1eV. Thus, semiconductor requires small conductivity.