Deficiency is the lack of something or the conditions which fails to meet the requirement. Like humans and animals, plants also work in quite the same process. Yes, plants too need nutrients to sustain themselves like every other living being. They get most of these nutrients from the soil. But if the supply of this primary element is reduced or inadequate, plant growth is stunted and retarded. 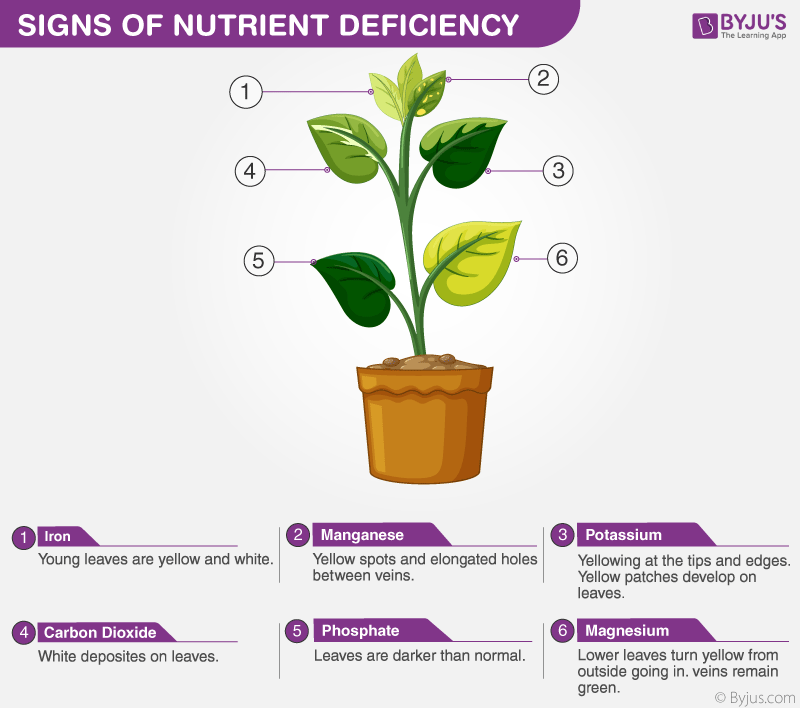 Diagram of Deficiency Symptoms In Plants

The absence of any element necessary for the nourishment of that particular plant will lead to the morphological changes, this change is an indication of a deficiency.

Of course, if the deficient element is provided to the plant in good time, the symptoms of deficiency disappear. However, if the process is delayed, eventually the plant will die.

Symptoms of Deficiency in Plants

As the supply of essential nutrients is reduced, then the plants exhibit a particular symptom which differs from plants to plants.

The deficiency symptoms are varied and include, stunted plant growth, premature fall of leaves and buds, yellowing of leaves, etc. These symptoms could be caused due to the lack of both micronutrients and macronutrients in plants.

It must also be kept in mind that different plants respond to different deficiencies, differently.

Stay tuned with BYJU’S to learn more about the general deficiency symptoms in plants. 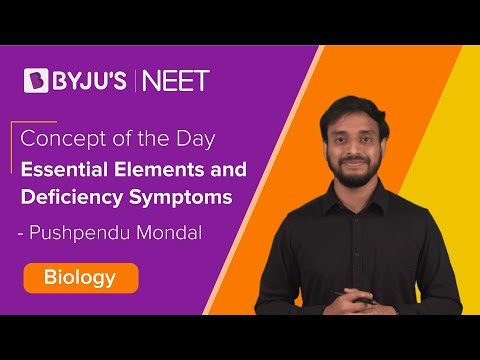