Difference between Algae and Seaweed

Seaweeds comprise plant-like macroscopic algae. Both algae and seaweeds are classified under polyphyletic grouping. These polyphyletic organisms do not share common ancestors with other species.

Algae is a term that depicts a vast variety of photosynthetic and eukaryotic life forms. They can be either unicellular or multicellular and are found in various water forms. Also, they are of different colours and sizes.

Their unique characteristics include the following- Seaweeds are a type of macro-algae. They include a variety of multicellular marine green plants. They comprise lifeforms of different shapes and colours.

In addition, they play a pivotal role in the marine ecosystem. They provide habitat and nourishment to some marine life forms. They also play a role in capturing carbon and producing oxygen in the water body. Differences between Algae and Seaweed

How are algae and seaweed related?

Both seaweed and algae are photosynthetic aquatic organisms. They do not have definite organs of a vascular plant. The algae are chlorophyll-containing organisms that are classified under the plant kingdom. Still, algae and seaweed do not possess any vascular organs like other plants.

What are blue-green algae?

Blue-green algae do not come under algae. They are a group of bacteria known as cyanobacteria. Also, they are prokaryotes, unlike algae which are eukaryotes.
Extended Reading: Blue-green algae

Diatoms are unicellular algae. Their outer covering is made of silica and is found in most aquatic environments. They also form a significant group of microalgae. 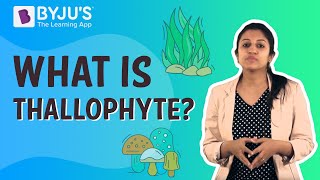