Difference between Maxillary and Mandibular Canine

It is found in between the maxillary lateral incisors and the premolars. Thus, it complements both incisors and premolars during mastication/chewing. They erupt from the upper gums. They are the longest tooth with just one root.

Usually, the permanent maxillary canine erupts around the age of 11 to 12. Also, their roots are completely developed around 13 to 15 years of age.

It is found in between the mandibular lateral incisors and premolars. They also aid in tearing and chewing. Usually, the permanent mandibular canine erupts around the age of 9-10. Also, their roots are completely formed by the age of 13. Generally, they have one root and sometimes they can be bifurcated. Their crown length is thinner and narrower than the maxillary canine.

Difference between Maxillary and Mandibular Canine 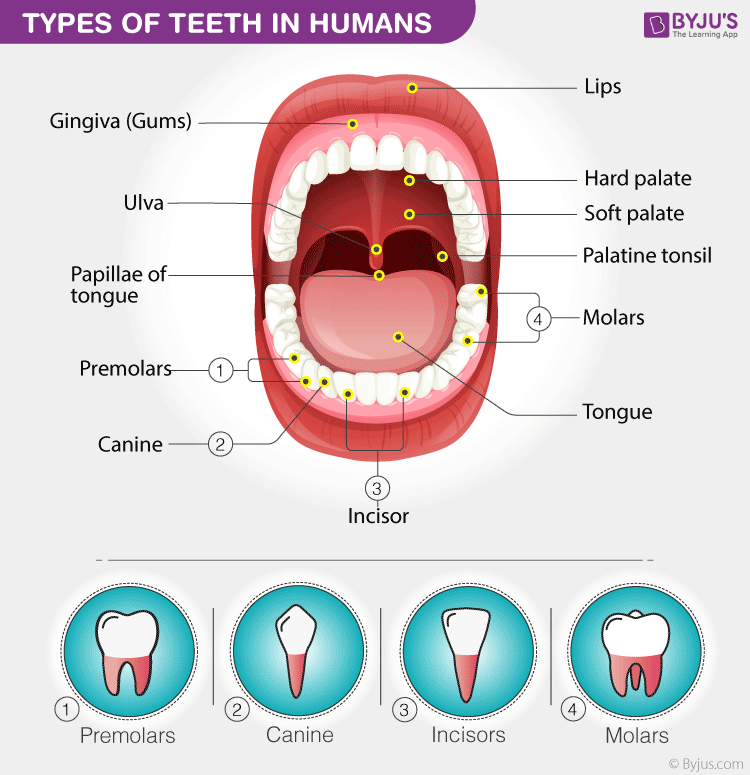 What is a cornerstone in dentistry?

The canines separate incisors from the premolars. The mandibular and the maxillary canines are together termed as the cornerstone. They act as basic foundational teeth and carry out a dual function. They help in tearing the food, and also aid the incisors and premolars to masticate the food.

What are maxillary lateral incisors?

Maxillary lateral incisors are found in the upper jaw between the maxillary central incisor and the maxillary canine. Their main role is to cut the food while chewing. These teeth erupt around the age of 8 to 9.

What are deciduous teeth?

The deciduous teeth or milk teeth are the primary set of teeth. They start developing right from the embryonic stage and begin to erupt at about 6 months of age. They continue to erupt for up to thirty months. In the later stages, they are replaced by permanent teeth.