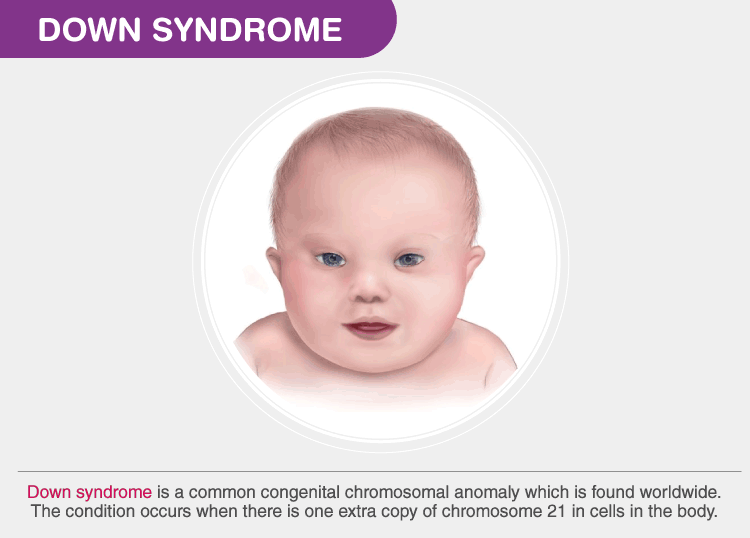 Facts about Down Syndrome

Down syndrome was first described by Dr John Langdon Down in 1866. Down syndrome affects people of all economic, educational, cultural, ethnic and racial categories.

Types of Down Syndrome

The presence of Down syndrome is often identified soon after birth from the baby’s clinical features and confirmed with a blood test. Sometimes babies with Down syndrome are identified during pregnancy as a result of prenatal tests.

Characteristics of Down Syndrome

Stay tuned with BYJU’S to learn more about the Down Syndrome.

Test your Knowledge on Down Syndrome!
Q5