A plant is nature’s gift as they provide us with the food, oxygen, shelter, clothing, etc. They are also known as universal or primary producers. Like all other living things, plant respire, grow, develop, excrete and reproduce. All higher plants reproduce by fertilization. Fertilization in flowering plants was discovered by Ralph B. Strasburger in the year 1884. Let us have a brief discussion on fertilization. 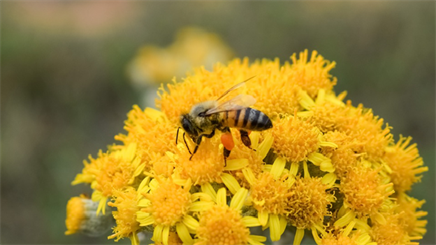 In plants, fertilization is a process of sexual reproduction, which occurs after pollination and germination.

Fertilization can be defined as the fusion of the male gametes (pollen) with the female gametes (ovum)  to form a diploid zygote. It is a physicochemical process which occurs after the pollination of the carpel. The complete series of this process takes place in the zygote to develop into a seed.

In the fertilization process, flowers play a significant role as they are the reproductive structures of angiosperms (flowering plants). The method of fertilization in plants occurs when gametes in haploid conditions fuse to produce a diploid zygote.

In the course of fertilization, male gametes get transferred into the female reproductive organs through pollinators (honey bees, birds, bats, butterflies, flower beetles) and the final product will be the formation of the embryo in a seed.

The pollen tube opens into the ovule through the micropyle and bursts into the embryo sac. Here, the male nucleus unites with the nucleus of an egg inside the ovule forming a diploid zygote, which later swells up and develops into a fruit.

Fertilization process can be grouped into three types and are classified mainly based on the entry of the pollen tube into the ovule.

This type of fertilization is carried out on all Casuarina species of plants. In this condition, the pollen tube enters the ovule through the pollen tube.

Learn more in detail about the fertilization, its process, significance and other related topics @ BYJU’S Biology.

Test your Knowledge on Fertilization In Plants!
Q5