Hemidactylus or common house lizards are scaly vertebrates belonging to the gecko family. Their unique feature is that they can regenerate their broken tail. The species of wall lizards are adapted to walk on roofs, walls and smooth surfaces. They have dilated digits with a double series of ridged lamellae and they work under the vacuum principle. The digits are first pinned over the wall and are gently released to create a vacuum. In this way, they are able to walk while remaining adhered to the wall. 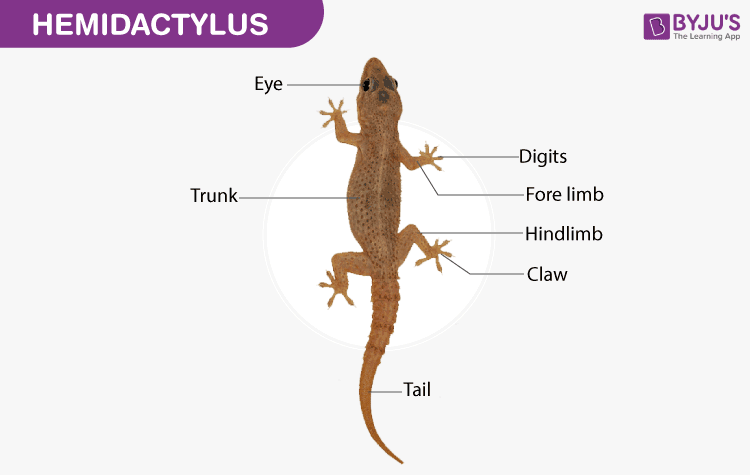 Hemidactylus or common house lizards are cosmopolitan in distribution. They are found in most houses and hence the name house lizard. They are well adapted to walk on house walls. They are mostly distributed in Asia, Europe, Africa and especially in countries like India, China and Sri Lanka.

Hemidactylus are nocturnal animals. These scaly reptiles hibernate under logs, woods and in the cracks of the walls during winter. They are fast runners and feed on insects and other small invertebrates.

Most house lizards are considered as pests or nuisances while some can also act as a source for pest control. They feed on small invertebrates and keep their population under control.

Geckos are small lizards that are mostly carnivorous. Most of them live in warmer climates and are known for their unique vocalisations. Examples – Tokay gecko, Pacific gecko, Common house gecko, etc.

Where are common house geckos found?

The common house geckos are cosmopolitan in distribution and are mostly found in urban environments. They are well adapted to walk on house walls. They are mostly distributed in Asia, Europe, Africa and especially in countries like India, China and Sri Lanka.